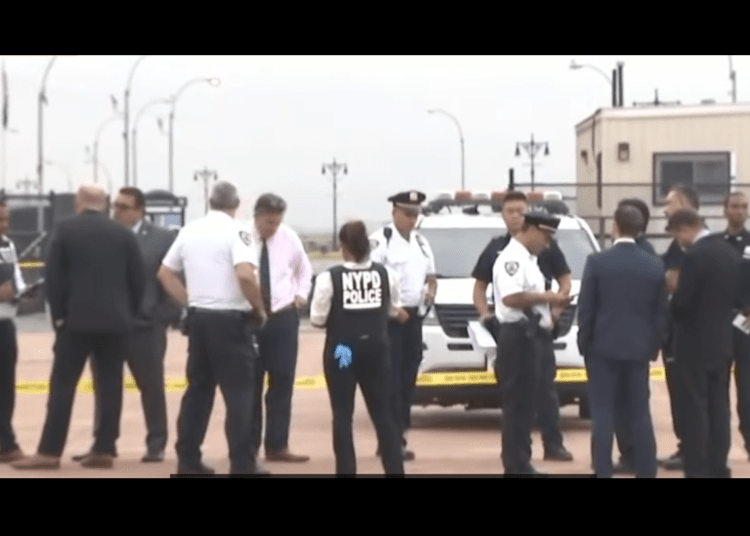 Now the criminal investigation has progressed and Merdy, 30, is charged in their deaths. She stands accused of three counts each of intentional murder, murder with depraved indifference and murdering a victim under the age of 11, NYPD announced.

The New York City Office of Chief Medical Examiner determined the children all died by drowning, which police presumed when the kids were discovered. Hence, their deaths were classified as homicides, Gothamist reported.

“So far, she’s not said anything,” NYPD Chief of Department Kenneth Corey told WABC on the day of the homicides.

According to reports, Merdy was detained in a psychiatric facility pending criminal charges. It is not immediately clear when her arraignment will be occur.

Erin Merdy, 30, of Coney Island owed more than $10,000 in back rent for her apartment, where she lived with her children and had been threatened with getting booted out since January, after the state’s COVID-19 eviction moratorium expired. show.https://t.co/ajMyuX5iMB

In an interview with the The New York Times, Derrick Merdy, Zachary Merdy’s father, said he had tried many times over to obtain custody of his son due to repeated concerns about the child’s welfare. However, he said they went unheeded by the state agency responsible for ensuring child welfare.

The grieving dad said his son was frequently filthy during visits, lacked adequate clothing, that he used the restroom in a bowl in shelters where his mother stayed, and that the child complained of being starved.

“She makes me starve,” Zachary reportedly told his father in a recording Derrick Merdy made.

“What do you mean by that?” the father asked.

Derrick Merdy believes there is a systemic failure with the Child Protective Services system.

“It didn’t matter how much I called child protective services,” he told the news outlet. “They would tell me, ‘Oh, you don’t have any real evidence.’ But they didn’t do a real investigation.”

According to police sources cited by the New York Post, Erin Merdy is believed to have been schizophrenic and suffering from post-partum depression.

NEW YORK – Three young children died after police discovered them unresponsive early Monday on the beach at New York’s Coney Island. The children’s 30-year-old mother was taken into custody for questioning following two 911 calls that ultimately led them to the kids, authorities said.

The grim discovery came at 4:42 a.m., hours after police launched a frantic search for the children, whose mother was found soaking wet, barefoot and uncommunicative on the Coney Island Boardwalk, police officials said during a press conference, ABC News reported.

The children, who are 7-years-old, 4-years-old, and 3-months-old, were unconscious and in critical condition when officers finally located them, a spokesperson for NYPD said.

Police had previously received a 911 call from a family member about 1:40 a.m. regarding concern for the welfare of the children, according officials.

“The caller indicated that she was concerned her family member may have harmed her three small children,” said NYPD Chief of Department Kenneth Corey.

Officers responded to the woman’s apartment and knocked on the door, but received no answer. They searched the residence and grounds for more than an hour without success.

NYPD received a second call at around 3 a.m. and were also met in the apartment building by a man who was the father of one the children. He expressed similar concerns and thought the woman might be in the area of the nearby boardwalk.

As a result, officers from the 60th precinct began the search for the woman and her children with a sense of urgency. What they eventually discovered was tragic.

Corey said the woman was found drenched and barefoot, and her children were not with her, but were discovered nearby.

“At about 4:42 this morning, the officers discovered three children, a 7-year-old male, a 4-year-old female, and another female who’s approximately three and half months old, on the shoreline here at the water’s edge on West 35th Street in Coney Island,” Corey said.

At a news conference later on Monday, authorities confirmed that all three children were transferred to a hospital where they were pronounced dead, Corey explained, CBS New York reported.

During the preliminary investigation, police have not found evidence that the deceased children were previously abused or neglected, according to Corey.

Charges remain pending against the mother while police conclude the investigation.