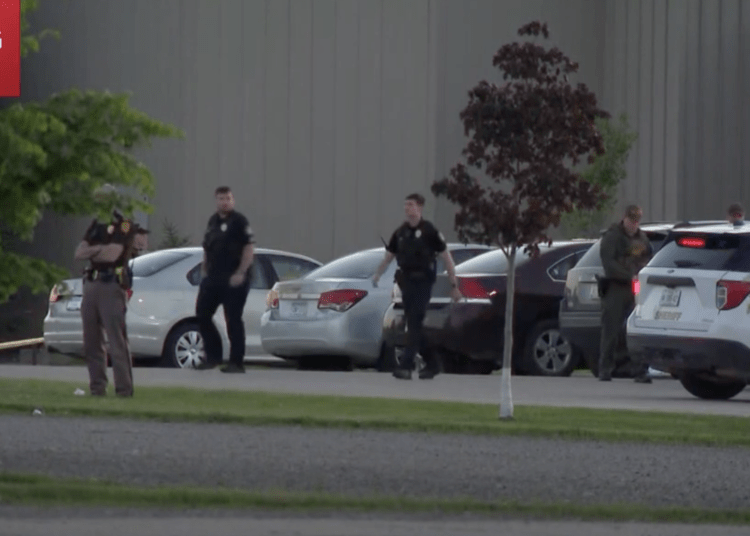 AMES, Iowa — Three people are dead following a shooting outside an Ames Church. The shooting happened at the Cornerstone Church just before 7:00 p.m. on Thursday.

WHO 13 reports that two people were shot and killed by a male gunman outside the church. The gunman is also dead. Authorities have not released a motive or how the suspect died.

“What we have right now is a call of a shooting that took place at Cornerstone Church. The investigation at this point reveals that the shooting took place outside. We know that the suspected shooter at this point is a male individual. We also have two other deceased individual victims that were shot. We believe they were shot outside in the parking lot as well,” with the Story County Sheriff’s Office Captain Nicholas Lennie.

The church was hosting a Salt Company Kickoff event Thursday night for college-age individuals to worship together. A portion of a Facebook posting from the church says:

“Tonight, a tragic shooting occurred involving two young members of our Cornerstone Church community. It is believed that an adult male shot these two victims and then took his own life. Due to the ongoing investigation, we are not able to give any details at this time. We can say, however, that we are more than saddened by the events that transpired. Our hearts break for all involved, and we are praying for everyone affected, especially the family of the victims. Our Ministry staff are available to support all those impacted, and we will continue to fully cooperate with authorities as they complete their full investigation.

“We sincerely appreciate the responsiveness of the Story County Sheriff’s Department, Ames PD, and all Law Enforcement Officials who have handled this matter with exceptional professionalism and compassion. Please join us in praying for all affected and their families. Psalm 34:18 says, ‘The Lord is near to the brokenhearted’. Right now, we are brokenhearted and we need God to draw near to us.”