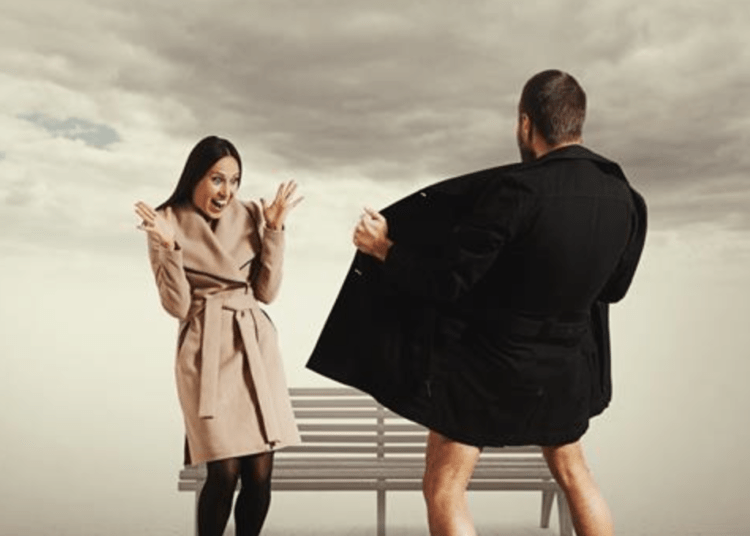 In my line of work, you get to meet all the wonderfully diverse and different types of human beings. Occasionally, you’ll get to talk with them, enjoy their company, and then put handcuffs on them.

Looking back at the span of my career, I’ve met famous movie stars (Clint), legendary authors (Danielle), and waaay too many two-faced lying politicians and other criminals.

Usually to meet somebody really notable, you have to work as a cop in one of the swankier areas of San Francisco, hire out as a rent-a-gun, or have fate toss you a bone.

I met one of the still-humorous members of that last group at the corner of 16th St. and South Van Ness one summer.

I had just finished my priority # 2 for the day, which was “meeting” the new summer crop of street walkers who worked the Stroll on Hoff alley, and added their biographies into my famous “B” book.

Priority #3 was going through the check-in registers of the local flop houses that festered in this area to see if I had active warrants for some of their patrons. I noted a few average pending arrests at the Indiana Hotel, while I had high hopes for an interesting ADW felony warrant for Big Johnnie B, who had (mistakenly) checked in overnight with one of his five well-known AKA’s at the Argonne.

In that Mr. B was unfortunately not in his room at the moment, no doubt up to no good nearby, I decided to give in to priority #1, and have a cup of coffee and some spring rolls at the Chinese Café while I observed the area.

I have close to a photographic memory for certain things, so I can almost still “see” that area: The Chinese Café had the south west corner with the Argonne entrance next store. The north west location was a big multi pump Arco Gas Station that had a large parking lot for Johns and Whores to use after dark.

The last corner had a very profitable car dealership with a large MUNI bus stop directly in front of their showroom entrance.

The Chinese Café had a very florid faux Hollywood décor, great food, and of course, a staff that was from Nigeria. It also had a corner booth that gave me a 270-degree view of things that a good beat cop needed to watch.

I had paid my tab, and was about to push back into the blazing sunshine again when my radio blurted out the following:

“Man exposing himself to Muni bus riders Corner of one-six and South Van. Incident is in progress. Unit to respond??

I was actually looking at the crowded bus 20 feet away, and while I couldn’t see anything yet, I told Communications that I was 10-97. Sometimes a good response time is a matter of luck.

The bus pulled away in a puff of diesel smoke before I could even cross the street, leaving me with a clear view of a solitary businessman wearing an uncharacteristic trench coat and a slouch hat sitting on the bus bench.

The back of my mind was saying that this is too classic a scenario to be real, but the front part of my cop-mind was figuring how I could work this caper.

I told Police radio to keep marked cars out of the area, and then used traffic to work my way without being seen into the side entrance of the Jeep dealership.

I braced the sales manager at his desk, telling him I wanted to look through his windows at the slouch hat guy sitting at the Muni stop. With all the huge card-board cutouts and other advertising junk, I was pretty sure I was invisible as I angled myself to watch the guy on the bench.

A gaggle of female Chinese sweat-shop-hour-workers bustled over, just in time for the next Number 23 Downtown Express. Slouch hat just sat there, apparently looking at the skyline.

As soon as the last gal got on the bus, and I watched it angle its front tires to pull away, The Hat man stood up, and pulled the edges of his trench coat wide open like a butterfly loving the sun. From the reflection of his now naked torso in the bus windows, and from the open-mouthed faces of the witnessing seamstresses, I was damn sure that this was one pretty sick insect.

I was past the showroom door and standing at the edge of the bus bench before my al fresco crook even had time to refasten his coat belt.

Surprise being its own back-up cop, I had him cuffed up instantly. Outside of checking the coat pockets, my arrest search was very brief, which was good because I didn’t want to touch him at all unless I was wearing a pair of my issue (forgotten) surgical gloves.

In checking the “crime scene” I found that the back of my mind was correct: He had a pair of cut-off dress pant legs taped above his knees, and a dress shirt that was similarly trimmed off from about mid-chest downwards.

The fun part was not over, however. After I asked a Southern District squad car to locate the bus and about 10 or 12 victims for me (“Don’t worry, I’ll do the report!”). I asked my quarry what his name was.

“My driver’s license in my left pocket, and My Son, you’ll be in big trouble if you don’t release me soon.”

I didn’t get the “My Son” angle until I read his California Drivers License.

It OFFICIALLY identified my flasher here as “Ignatius Mandamus GOD”

Using the shortened version, I was certain he would sign the booking card later as

Yes, the State of California in its infinite Department of Motor Vehicles wisdom, had taken some phonied up no-doubt homemade paperwork, and given Mr. God here its official blessing.

I was just semi-thankful that he had a local address, so that complication wouldn’t interfere in what was already looking like a monumentally complicated 10 witness arrest report.

When we got to the station, and I hilariously took my version of “Before and After “evidence photos (Coat Closed-Coat Open). The Station Keeper Booking Officer asked me what name to put on the blue card. I tossed him the CDL, and said if anybody asked me what I had done, I was going to say: