Three of the victim's are in critical condition 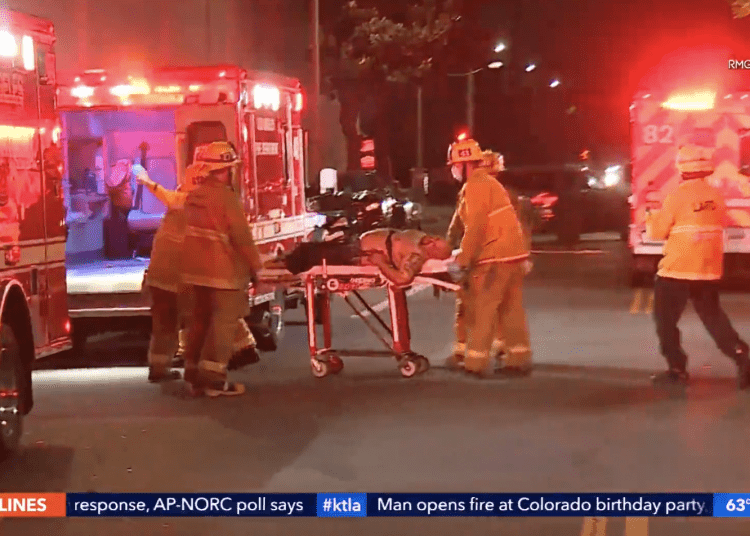 HOLLYWOOD, Calif. — An investigation is underway into a shooting that left one person dead and five others wounded, including three in critical condition, at a Mother’s Day party in Hollywood Sunday night.

LAPD officers arrived at the shooting scene to find multiple gunshot victims, including one who appeared to be deceased, KTLA reported.

That victim was rendered aid but was pronounced dead at the scene, according to Bixler. The deceased person has not been identified.

Moreover, five additional people were wounded in the shooting and taken to area hospitals. Three of the victims were listed in critical condition, Bixler said.

Investigators believe two people walked up to the party on Afton Place near Gower Street and opened fire. It’s unknown if the suspects interacted with partygoers before opening fire and the motive remains unclear.

Investigators are asking the public for help with any information on the case.

“There was a lot of people so we know somebody saw something,” Bixler said.

Police are also searching for any surveillance video that may have recorded the incident.

Meanwhile, there was another mass shooting at a Colorado Springs birthday party over the weekend. The celebration abruptly ended in gunfire late Saturday evening after a man opened fire, killing seven people, including himself, Law Officer reported. The victims were between the ages of 21 and 54, all murdered with children present. The shooter was the boyfriend of one of the victim’s.