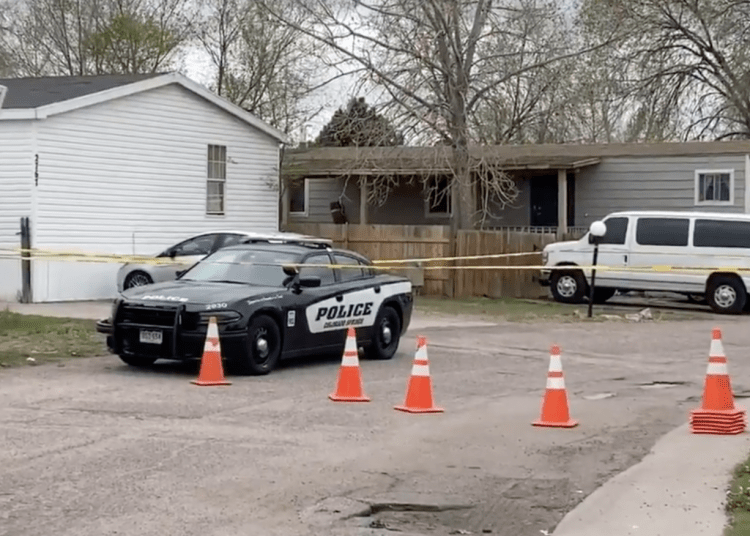 A woman who survived the shooting in Colorado that left six people and the gunman dead said the party where the massacre took place was to celebrate her birthday — as the victims of the shooting have been identified.

“My mom had always liked celebrating them together,” said Marquez, who was at the party with her husband, Freddy Marquez.

Those killed in the bloodbath were identified as Melvin Perez, Joana Cruz, Nuvia’s other brother, Jose Gutierrez, 21, Melvin’s wife, Mayra Perez, 32. and Mayra’s sister Sandra Ibarra and brother Jose Ibarra, according to the report.

The shooter, described as the boyfriend of one of the victims, arrived at the birthday party shortly after midnight Sunday and opened fire before taking his own life, the Colorado Springs Police Department said.

Family, friends and children were celebrating inside a trailer at the Canterbury Manufactured Home Community, a mobile home park of largely Latino residents about 70 miles south of Denver.

Freddy Marquez identified the suspected gunman as Sandra’s boyfriend, described him as “quiet” and “serious,” and said he always carried a gun, New York Post reported.

He had met the man only once and said “there was nothing out of the ordinary” about him.

Freddy described his mother-in-law, Joana Cruz, as “loving” and “hard-working.”

“She was always laughing,” he told The Gazette, adding that her sons were “just like their mom. They were all great people.”

Officers with the Colorado Springs Police Department responded to a report of a shooting at approximately 12:18 a.m. Saturday at the 2800 block of Preakness Way in Canterbury Mobile Home Park.

Upon arrival at the home, responding officers discovered six deceased adults and one man with serious injuries. The man was transported to a local hospital, where he later succumbed to his wounds, Fox News reported.

The suspected shooter was the boyfriend of a female victim at the party attended by friends, family and children. He walked inside and began shooting before killing himself, police said. The children at the trailer were uninjured by the suspect and are now with relatives.

Police have not released the names or ages of the victims or the suspect, while an investigation is underway to determine a motive for the massacre.

Colorado Springs Police Chief Vince Niski said in a statement that “words fall short to describe the tragedy that took place this morning.”

“As the chief of police, as a husband, as a father, as a grandfather, as a member of this community, my heart breaks for the families who have lost someone they love and for the children who have lost their parents,” Vinski said, “From the officers who responded to the shooting to the investigators still on scene, we are all left incredibly shaken.”

“This is something you hope never happens in your own community, in the place that you call home. When these types of unspeakable acts happen, there is nothing that can be done to fully rebuild what was lost or replace those who are no longer with us,” Niski added. “My vow to this community and to the families who have lost someone today, is that this department will do everything we can to find you the answers you deserve and be here for you with an unwavering support.”