The page initially stated that some of the donations would help support Wright Jr., but it no longer includes any mention of the deceased Wright's son. 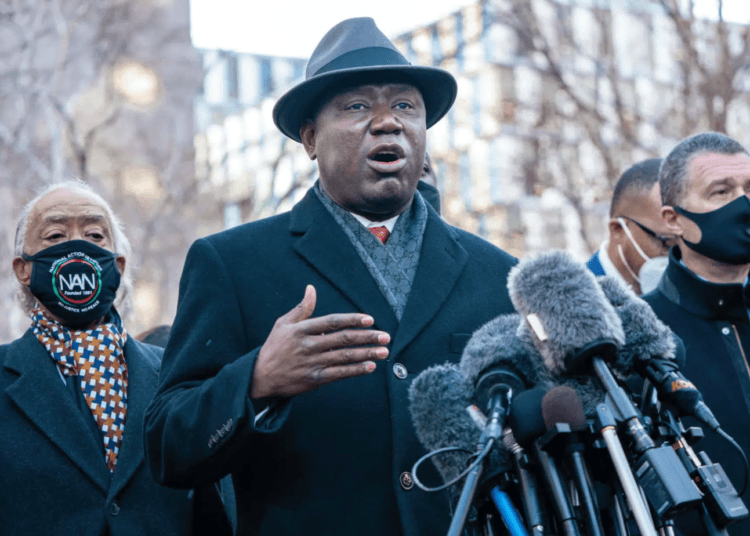 The mother of Daunte Wright’s son is suing her former attorney and Wright’s parents after a promise to receive half of a GoFundMe fundraiser ostensibly went unfulfilled.

Fox 9 reported last week that Chyna Whitaker, the mother of Daunte Wright Jr., has filed a lawsuit accusing attorney Ben Crump of failing to deliver on his promise that 50% of GoFundMe donations for Wright’s memorial fund would be used to support Wright Jr.

Instead, it appears all those donations were given to Katie and Arbuey Wright, the mother and father of the 20-year-old who died after former Brooklyn Center police officer Kim Potter mistook her gun for her Taser during an April 2021 traffic stop.

Whitaker is asking for half of the approximately $1 million and counting raised via GoFundMe. The page initially stated that some of the donations would help support Wright Jr., but it no longer includes any mention of the deceased Wright’s son.

“Ben Crump specifically stated to Chyna Whitaker in the presence of several of her relatives and friends on more than one occasion words to the effect that, ‘Chyna you are going to receive at least 50% of the GoFundMe proceeds collected that my firm will help set up … Don’t worry we are going to make certain that you and your son are taken care of,’” according to the complaint.

“Had Crump not made the above specific statement to Plaintiff, she would have separately set up her own GoFundMe account, which she had legal right to,” the complaint adds.

Crump’s promise was corroborated in an affidavit signed under oath by Whitaker’s cousins who were present at the meeting with Crump. Crump previously served as an attorney for the families of Trayvon Martin, George Floyd, Ahmaud Arbery, Jacob Blake, and Breonna Taylor.

Whitaker’s attorney Bill Skolnick told Fox 9 that the lawsuit was filed as a “last resort” after previous attempts to resolve the issue were ignored.

“We would have preferred to settle this with a letter and a phone call but we’ve tried a number of times and we were unsuccessful. Now we’re left with this last resort,” he said.

Ben Crump’s eponymous law firm, based in Florida, provided Fox 9 with a statement calling the lawsuit “strictly a family dispute.”

“Ben Crump Law never handled or controlled the money from this GoFundMe account, which was under the sole direction of Daunte’s parents. Ben Crump Law did not benefit from any of the funds raised, and we did not accept any fee in this case. Our hearts are always with the family, and we pray that they can find resolution,” the firm wrote.

The GoFundMe page currently states that it “was established by Kelly Bryant (Daunte’s aunt), and is being managed by Adner Marcelin of Ben Crump Law.”

Potter, the officer sentenced in Wright’s death, has approximately 200 days left in her prison sentence, though her close friend and others have been petitioning Gov. Tim Walz to commute her sentence.