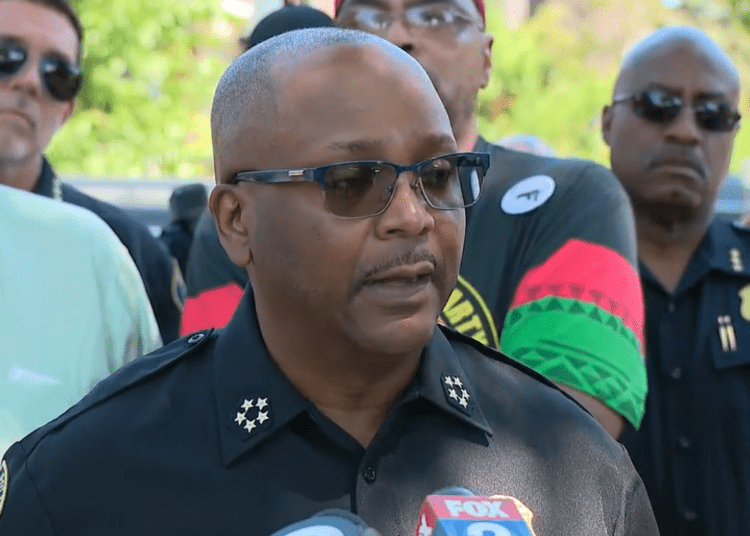 DETROIT – A woman is in custody after police discovered a dead 3-year-old boy in a basement freezer on Friday, according to the Detroit Police Department.

Although law enforcement authorities did not immediately announce charges, they confirmed the woman who was arrested was the dead child’s mother, Law&Crime reported.

Officers were dispatched on a welfare check to the residence on Monte Vista, near I-96 and Grand River on the city’s west side,  about 1 a.m. on Friday, according to FOX 2 Detroit.

Evidence technicians arrived at the scene a short time later. It is unclear how the child died, and how long he remained in the freezer, as police did not disclose investigative details.

BREAKING: There are reports that Detroit Police made a welfare check at 1 am early this morning and found a 3-year-old boy dead in a basement freezer.

During a press conference later Friday morning, Detroit Police Chief James E. White told reporters that three police officers used their intuition to probe further after they were called to the residence on the welfare check.

They realized something was not right when they were speaking to the “occupant” of the home, and the way she was communicating with them. They called a supervisor to the scene and eventually made the horrible discovery.

Police did not identify the deceased child or his mother. Chief White said there are additional children who live at the residence and Child Protective Services is involved in the investigation. He also noted the deceased child was in a state of decomposition.

“This case has shocked me, it’s shocked investigators,” the chief said as he went on to praise the responding officers for making the disturbing discovery, saying, “that’s something no one should have to see.”