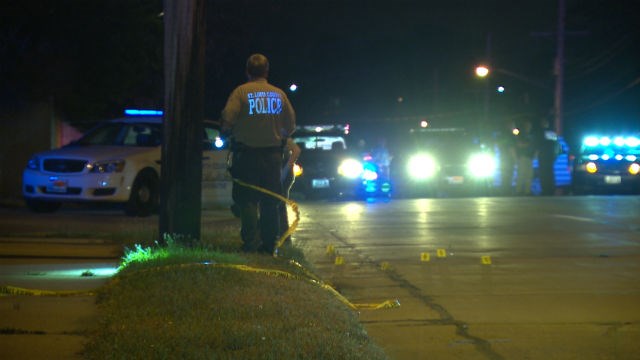 KMOV reports that an attempted arrest of a suspect led to a shooting between a police officer and a suspect overnight in north county.

Police said the officer attempted to arrest a male suspect in the 6200 block of Lexington Avenue.

The suspect, 24, grabbed a firearm and discharged two shots, striking the officer. When the suspect tried to flee the scene, the officer returned fire and struck the suspect back.

Police recovered the suspect’s firearm when they took the suspect into custody. The suspect was treated at a local hospital for graze wounds and later released back into police custody.

The Hillsdale officer, a 26-year police veteran, was transported to the hospital, where he remains in stable condition.