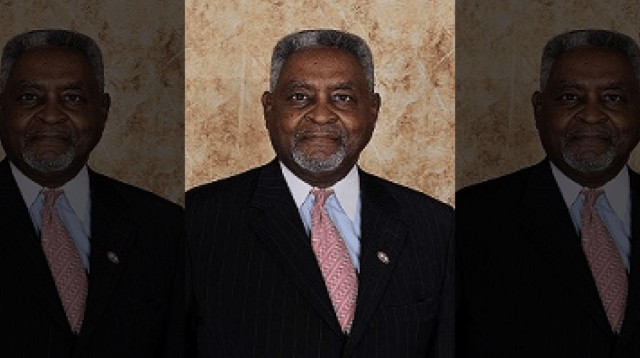 Berkeley Mayor Theodore Hoskins is changed in connection with election fraud during an April 2018 municipal election. (City of Berkeley)

BERKELEY, Mo. – A Missouri mayor was charged Thursday with submitting a handful of fraudulent absentee voter applications in an attempt to influence an April 2018 local election.

Berkeley Mayor Theodore Hoskins, 81, faces four counts of committing an election offense and another of forgery. Berkeley is a suburb of St. Louis. The charges were filed by Jackson County prosecutor Jean Peters Baker, who was assigned to the case as special prosecutor at the request of St. Louis County Prosecuting Attorney Wesley Bell to avoid the appearance of conflict of interest, Daily Inter Lake reported.

Prosecutors said Hoskins submitted at least three false absentee voter applications from three elderly residents in the city of 9,000 people. Hoskins’ mayorship was not on the ballot, but four council positions were, including that of his wife, Lee Etta Hoskins, who was re-elected with an 87-39 vote.

In one case, prosecutors said Hoskins had a couple in their 80s sign absentee voter applications even though they didn’t know what the docs were. They both picked the same candidate.

The couple later said they didn’t vote in the election.

Hoskins did not immediately respond to a Fox News request for comment Thursday.

The St. Louis County Board of Elections became suspicious when an employee identified handwriting on the applications as that of the mayor.