Mayor Lightfoot has been a vocal proponent of stricter speed cameras 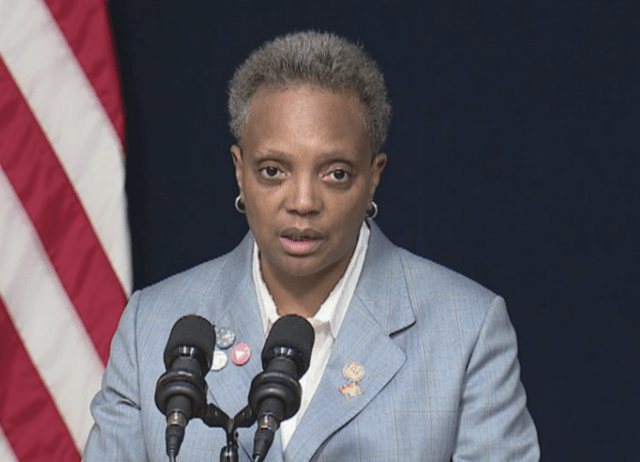 Chicago – Multiple vehicles used to transport Chicago Mayor Lori Lightfoot have reportedly racked up multiple traffic tickets that have gone unpaid despite the mayor’s advocacy for stricter speed cameras in the city.

Two of the SUVs used to shuttle Lightfoot throughout Chicago have accumulated three speed camera tickets and two warnings in the past month. The tickets have so far gone unpaid, CWB Chicago reported on Monday.

Additionally, CWB Chicago reported that one of the SUVs in the mayor’s fleet has a red light ticket that has not been paid and two SUVs that were previously assigned to Lightfoot’s security detail have outstanding speed and red light tickets. 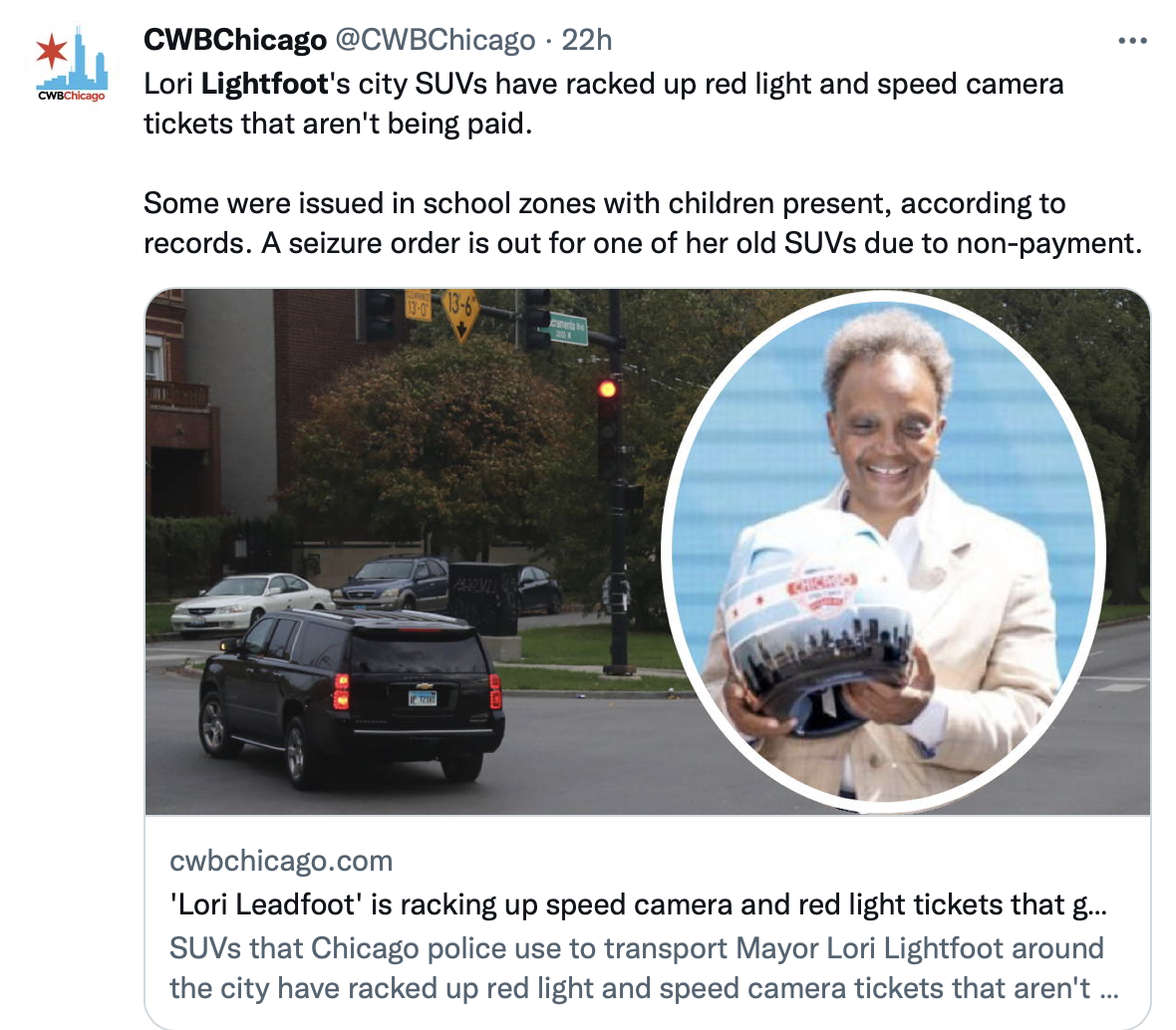 Fox News reports that one of those SUVs is eligible to be booted and impounded over the lack of payment.Two of the speed violations committed by Lightfoot’s SUVs reportedly occurred in school zones and the citations stated that school children were present.

Since taking office, Lightfoot supported a push to lower the “buffer zone” threshold that speed cameras allow before issuing a citation from 10 mph to 6 mph, arguing that it will make roads safer.

“No one likes speed cameras. I get it,” Lightfoot was quoted last month. “But this is life or death that we’re talking about here, and we’ve got to step up as a city and address this.”

Lightfoot also pointed out the potential dangers to kids despite being ticketed for speeding through a school zone with her own security detail.

“It is unconscionable that any City Council member would consider voting to allow for increased speeds near spaces utilized by our children,” Lightfoot said.

Share and speak up for justice, law & order...
Tags: ChicagoillinoisLightfootmayormust-read