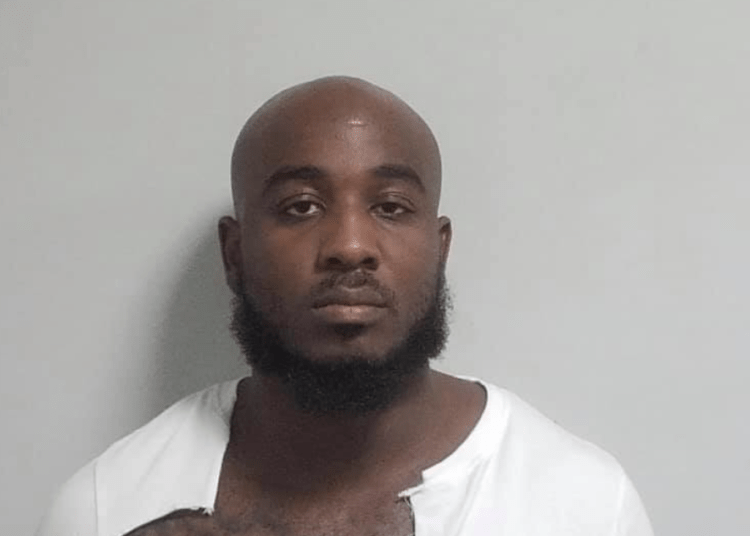 Jereme Lamond Jones, 30, of Mobile, Alabama, has been charged with first-degree murder in the death of a Mississippi man, authorities say. (Biloxi Police Department)

BILOXI, Miss. — Shots were fired early Saturday at the Golden Nugget Casino in Biloxi, Mississippi, leaving one person dead and another in custody, according to the Biloxi Police Department.

Police responded to 911 calls about 12:30 a.m. when a man started shooting inside the casino. The gunfire turned fatal and responding officers arrested 30-year-old Jereme Lamond Jones, according to FOX 10 News.

Jones, 30, of Mobile, Alabama has been charged with first-degree murder. The victim was a 41-year-old man from Gulfport, Mississippi. His name was not disclosed.

It was unknown if the suspect and victim had a prior relationship, but they were seen arguing outside the casino. Following the heated exchange, the suspect followed the victim inside and opened fire on him at close range, AL.com reported.

Jones fled on foot but was taken into custody in the area of the Biloxi Bay Bridge by responding officers from multiple agencies, police said in a Facebook post.

First responders provided medical aid to the victim before he died. There were no additional injuries from gunfire, according to authorities.

Jones was booked at the Harrison County Adult Detention Center with a $1,000,000 bond.