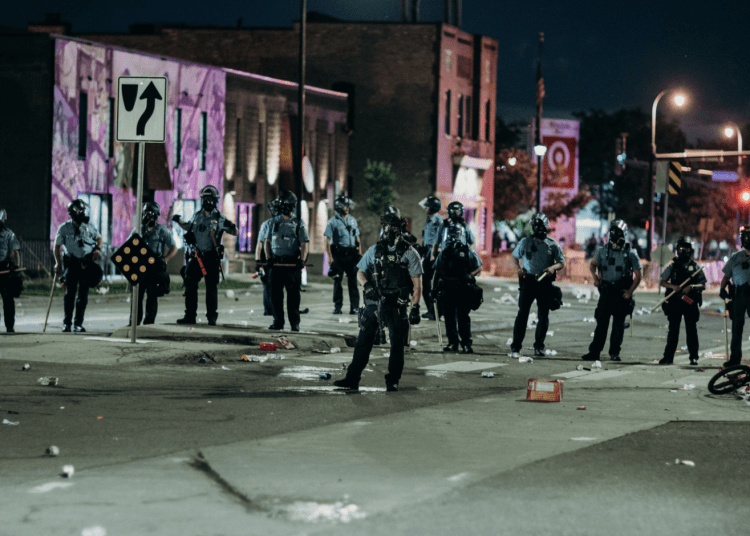 MINNEAPOLIS — Minneapolis leaders are working to sign off on workers’ compensation packages totaling close to $35 million to be paid to former police officers who left the force amid the civil unrest that happened in the wake of the death of George Floyd last May, according to a report.

Some 200 former Minneapolis police and firefighters left the department after claiming to have suffered physical injuries or post-traumatic stress in the subsequent riots that occurred, including the burning of the 3rd precinct.

Ron Meuser, an attorney representing the former law enforcement officers, is working to settle the workers’ compensations packages with City Hall, and settlements require approval by City Council. One package is for $250,000, though Meuser estimates settlements average about $175,000 each, Fox 9 Minneapolis reported.

City Council began signing off on settlements last month, though officials will stagger payouts over the next several years to ease the financial impact. “I think they felt for a long, long time that the community doesn’t want them, doesn’t respect them and doesn’t care about them,” Meuser told Fox 9.

Chauvin was convicted last month in the murder and manslaughter of Floyd and is now facing federal civil rights charges. During jury selection, Minneapolis officials announced a record $27 million civil settlement to be paid to Floyd’s family, Law Officer reported.

The Minneapolis Police Department experienced a mass exodus of officers following Floyd’s death. Just 645 sworn officers are currently out on the streets, as more than 80 remain on leave. Full capacity is 888. That falls in conjunction with the spike in violent crime in the city.

Mayor Jacob Frey and Ward 4 Councilmember Phillipe Cunningham shared a heated email exchange earlier in the week after Sunday night’s violence left one person dead and a total of seven shot across Minneapolis over the span of eight hours, Fox reported.

“Why are Black lives in north Minneapolis not being prioritized urgently?” Cunningham wrote in an email to the mayor.

But Frey shot back, arguing Cunningham’s public commitment to defunding and abolishing the police department, as well as his “absolute lack of support for adequate police staffing levels have detracted from the essential work at great cost to the city of Minneapolis.”

Minneapolis, like most major cities, has seen a major spike in violent crime in the “defund the police” era.