'You won’t be safe in Joe Biden’s America' 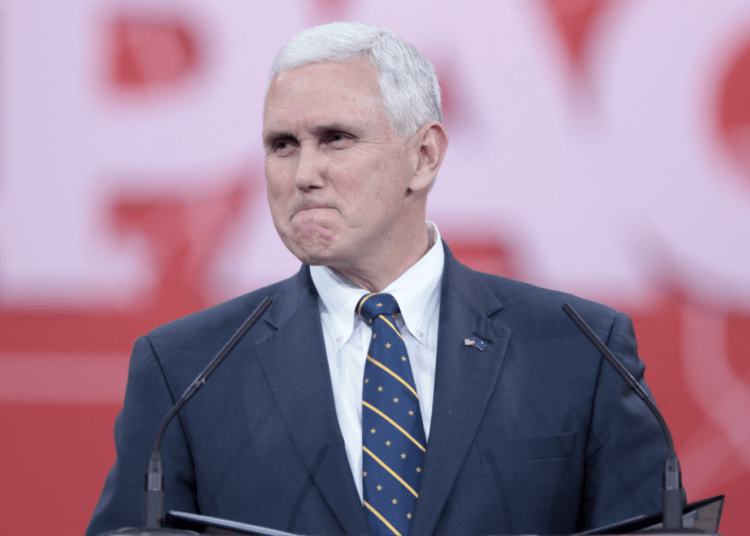 On Thursday, Vice President Mike Pence spoke at a “Cops For Trump” rally in Greensburg, Pennsylvania, where he delivered a ringing endorsement of the nation’s law enforcement community and a slashing denunciation of former Vice President Joe Biden, The Daily Wire reported.

“The American people know that the men and women of law enforcement are the best people in this country,” said Pence, while adding, “The truth is, you won’t be safe in Joe Biden’s America.”

In these challenging times none have done more to save American lives than our heroic health care workers, first responders and men and women in law enforcement. They’ve been there. They stood in the gap. And you saved lives in the midst of this pandemic. For that, you have the thanks and admiration of the American people.

It’s amazing to think, especially in the wake of that heroism, that some of the leading politicians in the Democratic party today liken law enforcement officers to stormtroopers. Even Joe Biden said not long ago that well-armed police become the enemy when confronting lawlessness in our streets. Well, I want to assure you, your president knows, this vice president knows, and the overwhelming majority of the American people know that the men and women of law enforcement are the best people in this country. Law enforcement isn’t the problem; law enforcement is the solution.

After discussing alarming increases in crime, Pence got to the heart of the matter: “So I want you to hear this directly from me. On behalf of the president of the United States and our entire administration: We’re not going to defund the police. Not now. Not ever.”

“There’s no excuse for what happened to George Floyd in Minneapolis and justice will be served,” he continued. “But there’s also no excuse for the rioting, looting and arson in the days that have followed.  Burning churches is not protest. Tearing down statues is not free speech. Blinding officers with laser pointers isn’t peaceful protest. Those who do such things aren’t peaceful protesters; they are criminals and they will be prosecuted to the fullest extent of the law.”

Pence concluded with an assurance that Americans support police:

I want to assure you of one other thing. I know you’re also carried every day into your service by the prayers of tens of millions of Americans who pray for you. Pray for your safety. Pray for your service. This is a nation of faith. I hear people speak about it every day. Everywhere I go. And I just want to assure you as you strap on that sidearm and put on that uniform, you do not go alone. You go with the confidence of your neighbors and the grace of God.  …

The Bible reminds us that there’s no authority except that which God has established and that each one of you who protects and serves are servants for good who do bear the sword in vain. The people of this country understand that timeless truth. We’re grateful for what you do and on their behalf and on our behalf, thank you for your service.