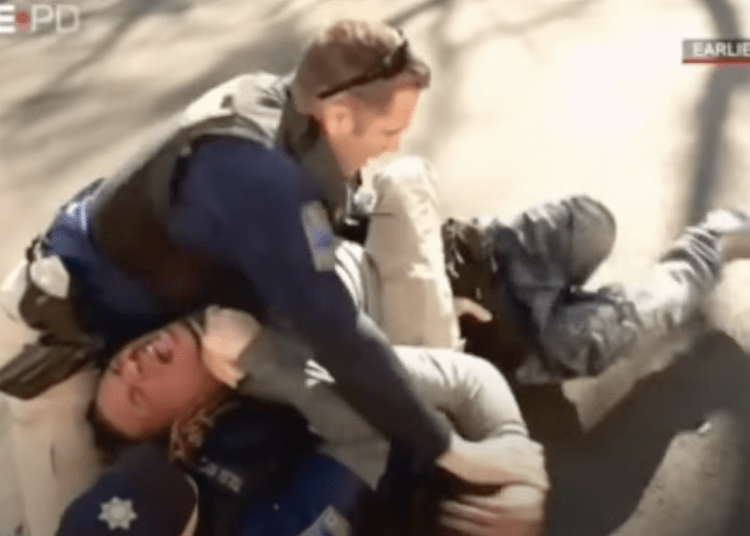 GRAND RAPIDS, Michigan — Seldom do you see legislation called “police reform” that could actually help law enforcement. But the state of Michigan has an idea that could certainly help, which is probably why it won’t pass.  Out of the 11 pending bills on police reform, House Bill 4525, authored by District 39 Representative Ryan Berman, would require all Michigan police cadets to receive at least their blue belt in Brazilian jiu-jitsu. Berman explains it simply as “So then they don’t have to use excessive force… They don’t have to punch someone 15 times to submit.”

Equipped with the various holds and submissions that require body mechanics and technique over brute force, Berman believes the knowledge of jiu-jitsu will help officers avoid encounters that could be unnecessarily violent.

“It’s really to help them so these situations don’t happen, so they don’t use unnecessary force, and they will have more tools in their toolbox, if you will, to handle any situation that arises,” said Representative Berman.

Berman calls much of the current defensive tactics training in the state outdated and that the legislation is designed to give officers the confidence they need to reduce instances of excessive or lethal force.

“It’s really to help them so these situations don’t happen, so they don’t use unnecessary force, and they will have more tools in their toolbox, if you will, to handle any situation that arises,” said Representative Berman.

One thing that Berman may not have taken into account is the politicians that don’t want to actually give officers the tools to do exactly what he correctly wants.

The above incident was a phenomenal use of skills by the officers that prevented them from having to use deadly force on a suspect that was reaching for a gun and it was that incident that reportedly pushed some city councilors to demand that the department stop participating in the popular show.

What should have been a commendation for the officers, brought them condemnation and if Berman is going to be successful, on what we believe is an excellent idea, he will have to navigate this very real problem.

It typically takes 12-18 months for someone to obtain a blue belt status and there is a nationwide effort to help law enforcement do just that. Adopt A Cop BJJ is a non-profit that works with affiliates to provide the training for free and other agencies, such as the Tulsa Police Department have been providing that free training to all of their officers for several years.