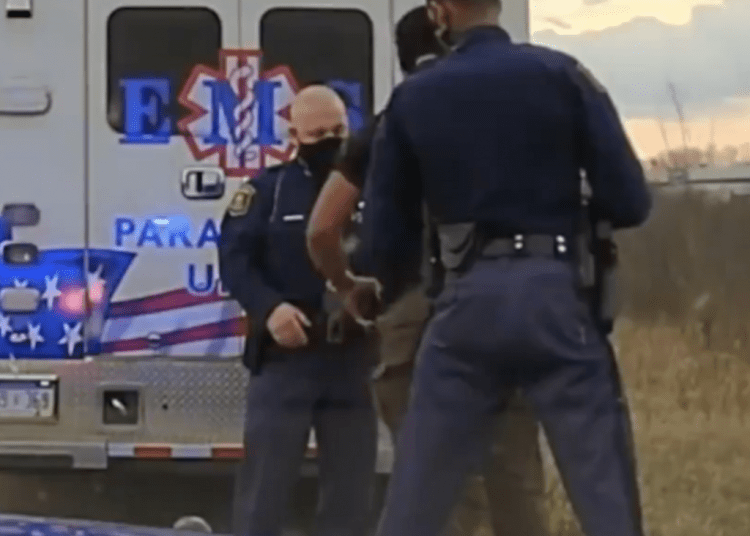 FOWLERVILLE, Mich. — Dashcam footage was released Sunday showing Michigan Democrat state Representative Jewell Jones resisting arrest after driving into a ditch on the side of a road while intoxicated.

The Michigan State Police dashcam footage shows the April 6, 2021 arrest Rep. Jones, 26, of Inkster after crashing his SUV into a ditch along I-96 near Fowlerville, the Post Millennial reported.

“Can I get my phone first?” asks Jones. The officer replies no, and Jones then states that he would not provide his ID.

Police then proceed to take down Jones. According to WDIV 4, state police had to use a Taser twice as well as pepper spray to get him under control. “Stop resisting,” the officers can repeatedly be heard saying in the footage.

He repeatedly said once on the ground that he would cooperate if they took their hands off him, but continued to resist arrest. “I’m being abused by a f***ing police officer, I’m black… When I call Gretchen, I’ll need y’all IDs and badge numbers, everything,” Jones continued.

One clip of the Livingston County Police footage from WXYZ, Jones asks officers while in a police cruiser to call the Director of the Michigan State Police Col. Joseph Gasper. “Tell Joe who you got, and call f***ing Joe. I’m not sure he’s up or not. If he’s not up, wake him up. Tell Joe who you have, tell Joe who you have handcuffed.”

Jones reportedly had a blood-alcohol content of 0.19 percent, more than twice the legal limit, and had a gun in his cup holder.

At one point, Jones asks deputies to take him to his home or to the Inkster Police Department, where he is an auxiliary officer, WXYZ reported.

Instead, Jones spent the night at the Livingston County Jail.

It is unknown how “Joe” or “Gretchen” responded to the arrest.

2 defendants acquitted, mistrial declared for 2 others in Whitmer kidnap conspiracy