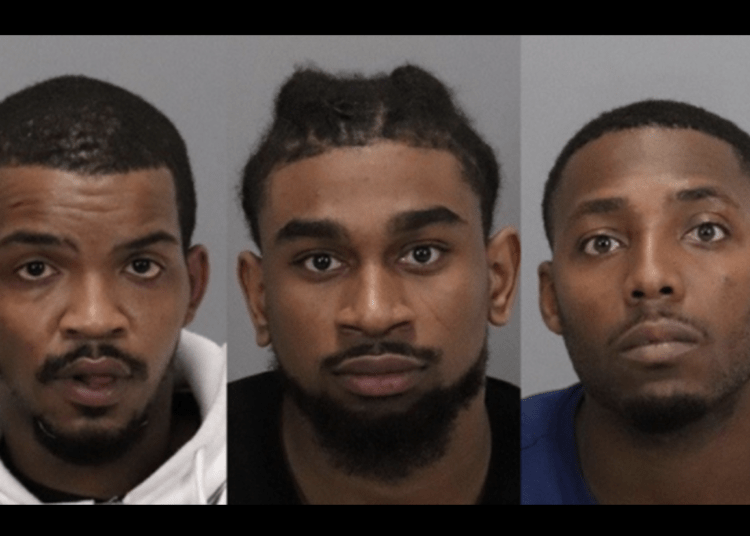 SANTA CLARA COUNTY, Calif. — Three men have been busted after engaging in a hate crime spree of robberies targeting dozens of female victims because they assumed the women — who were almost all of Asian descent — were carrying cash in the San Francisco Bay Area, authorities announced Friday.

The Santa Clara County District Attorney’s Office said there are numerous incidents where victims were pulled or wrestled to the ground during the robberies, which resulted in injuries to some of the victims, CBS San Francisco reported.

According to the DA’s office, the crime spree includes more than 40 violent crimes throughout San Jose, San Pablo, Hayward, East Palo Alto, Newark, San Leandro, Fremont, Campbell, Dublin, and Milpitas, with crimes still being investigated by additional agencies. Many of the crimes apparently had multiple victims based upon the number of counts at booking.

The DA’s office said evidence shows the suspects targeted Asian women because they believed that Asian women don’t use banks. In some cases, the suspects used ethnic slurs to refer to their victims, CBS reported.

The suspects trailed the women in parking lots to their vehicles, wait until the victim was inside her car, and either smash a window or quickly open a door to steal a purse off the passenger seat, law enforcement authorities confirmed.

Police said Blanks and Robinson were taken into custody September 8 in San Jose. Robinson tried to evade police in a vehicle during the arrest. In the process, he blew through a red light, and collided with another automobile. A father and his 2-year-old child were injured, police said.

Robinson and Blanks were booked at the Santa Clara County Jail for over 70 counts of felony robbery, CBS and KRON reported, which seems to indicate multiple victims were targeted during many of the 40 plus cases, but that is unclear.

Moody was arrested by detectives in Union City on Thursday. Police found him in possession of two loaded firearms. He was booked at the Santa Clara County Jail on a number of felony robbery charges.

“This dangerous criminal spree was solved thanks to the hard work of the San Jose Police Department,” District Attorney Jeff Rosen said in a news release. “We will hold these defendants and anyone who worked with them fully accountable for their ignorant and destructive behavior.”

Authorities are still searching for more suspects in the violent crime spree, which began in late 2020, KRON reported.