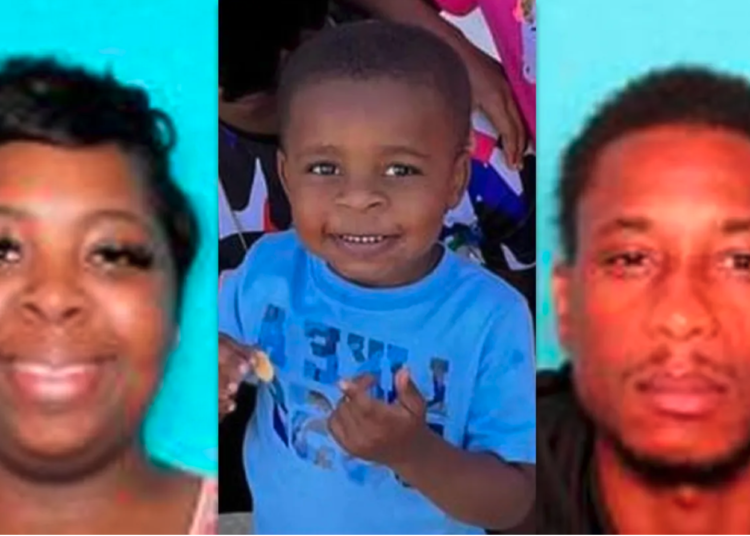 HOUMA, La. – Law enforcement authorities in Louisiana have arrested a mother and her boyfriend after police discovered the woman’s missing 2-year-old son dead in a trash can.

Maya Jones, 28, claimed her toddler son Ezekiel Harry had been kidnapped from her presence by a man driving a gray truck along Bayou Terrebonne about noon on Tuesday, according to Houma Police. However, investigators quickly determined that story was “inaccurate.”

Jones told police she left her residence on Cadiere Street with Ezekiel and her three other children as they walked along the bayou, Fox News reported.

“Jones went to nearby residences stating her kid was abducted,” police said.

Law enforcement authorities began the investigation, and by 6 p.m. they discovered the dead boy’s body in a trash can. Hence, it confirmed their suspicions that something was not right.

“The remains of Ezekiel Harry were disposed in a trash can on Daspit Street,” police said, about 2 miles away from Jones’ home.

Police did not immediately provide further details of the investigation.

Maya Gwenlyn Jones is in custody on charges of first-degree murder and obstruction of justice. (Terrebonne Parish Sheriff’s Office)

A neighbor told local news outlet WWL-TV that she previously heard adults arguing at the residence and called 911.

“I called the cops, crying and shaking,” Sarah Plaisance, who lives across the street, told the station. “I said please send somebody out here. He is going to kill somebody in this house.”

According to Fox News, Jones and her boyfriend were expected to be charged with first-degree murder among other crimes.

Jermaine Robinson is the victim’s mother’s boyfriend and has also been taken into custody. (Terrebonne Parish Sheriff’s Office)

Jail records show Robinson also faces several charges for prior cases in which he failed to appear in court. The charges include narcotics and property damage.

Jones and Robinson are being held without bond at the Terrebonne Parish Sheriff’s Office. If convicted, they could face the death penalty, according to District Attorney Joe Waitz.