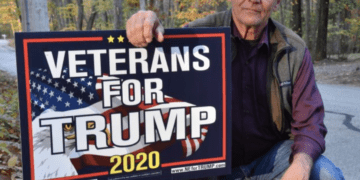 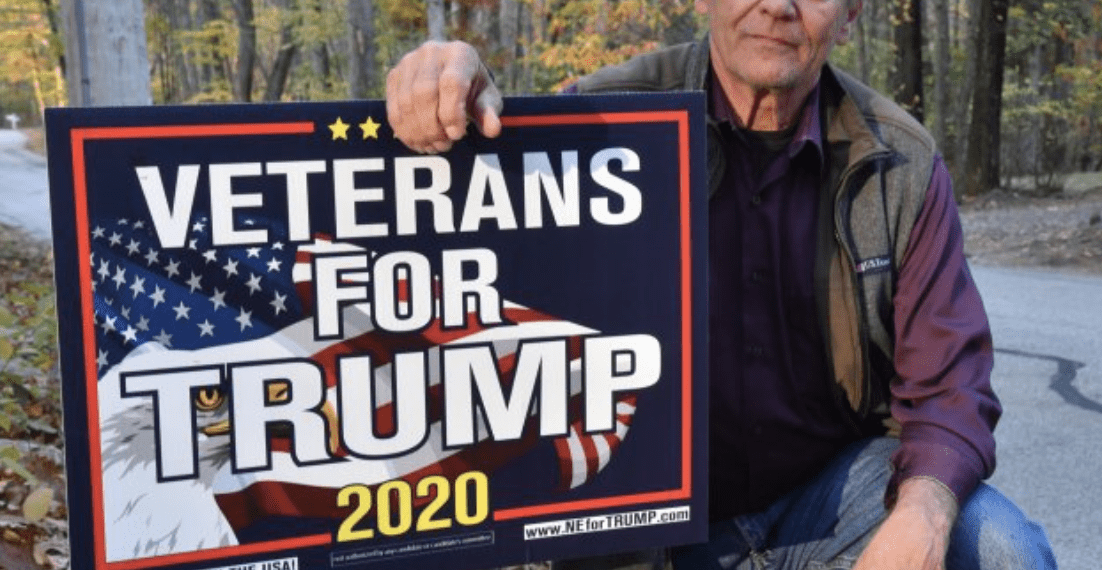 DOUGLAS, Mass. — A Vietnam veteran from Massachusetts has vowed to continue showing support for President Trump after the arrest of a woman accused of assaulting him for backing the president, according to a report.

George Griffin, 73, told the Boston Herald that he and his wife were holding a “Veterans for Trump” sign at an intersection in Douglas on Saturday when Kiara Dudley, 34, knocked him to the ground.

Griffin said he cut his finger when he fell into the street of the busy intersection.

“You should be able to hold a sign for your candidate without getting thrown into the middle of the street,” Griffin told the news organization on Monday.

Vietnam vet, 73, vows ‘We’ll be back’ supporting Trump after attackhttps://t.co/zmles4iXqz

The encounter happened about 30 minutes after Griffin and his wife, Joann, arrived at the intersection with flags and signs promoting Trump, Douglas police said.

Dudley allegedly approached the couple, berated them with insults and demanded they leave, according to police. As Griffin and his wife tried to back away, police said Dudley “continued to follow them and bumped the gentlemen with her body.”

Re: Assault and Battery on Elderly Person Causing Injury

She is also accused of stepping on Griffin’s “Veteran’s for Trump” sign and knocking him to the ground when he bent over to pick it up.

According to the crime report, Dudley claims that Griffin fell on his own and that he was the aggressor. Nevertheless, officers were able to corroborate the man’s version of events based upon multiple calls and witnesses saying the aggressor was Dudley, according to the Herald.

As a result, Dudley was arrested and charged with assault and battery on an elderly person causing injury and released on $250 bail, Fox reported.

Griffin told the Herald that the encounter won’t suppress his support for Trump, saying, “We’ll be back” to publicly support the president and the issues he and his wife believe in.

“I’m not a hero,” said Griffin, who served in the Navy during Vietnam. “I’m not anything. I’m just a guy who’s out here holding a sign, and just wanting to show support for my candidate. We pray for this country, and for this woman.”

Law Officer is the only major law enforcement publication and website owned and operated by law enforcement. This unique facet makes Law Officer much more than just a publishing company but is a true advocate for the profession.
Tags: George GriffinKiara DudleyVeterans for Trump