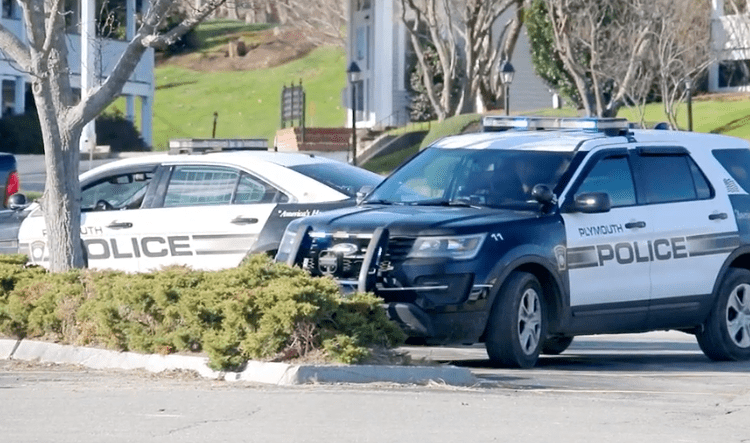 Plymouth, Mass. — A police service dog in Massachusetts has been shot by its handler after an aggressive attack on the officer.

The encounter occurred with a Plymouth Police K9 and the handler on Tuesday morning, Boston 25 News reported.

According to officials, the K9 team was on scene getting ready to track a suspect when the dog turned on its handler.

The officer reportedly tried to get the K9 under control but had to resort to firing upon it for safety reasons, according to the report.

Several Plymouth police officers, as well as Brewster Ambulance personnel, were dispatched to assist the handler, identified as Keith Larson. He was taken to South Shore Hospital to be treated for injuries to both of his hands, and he is expected to be recover, WCVB reported.

The officer was bitten and is being treated at the hospital. Police say the officer tried everything and had to shoot the dog as a last resort. The K9 team was getting ready to help track a subject when the dog turned on his handler.

Plymouth Police Chief Michael Botieri says officers were dispatched at about 9:20 a.m. to a call for service in the area of 179 Court St., where the suspect had fled the scene.

Officer Larson pulled into the parking lot to prepare his K9, a German shepherd named Nico, for the call. According to Botieri, Larson was bitten by the K9 during this interaction and the officer was forced to use his service weapon after several attempts to disengage the dog.

Botieri says Larson has been assigned to the K9 unit since March 2017, and was specifically assigned to Nico in August 2019.

According to the police chief, Larson was previously bitten on the hand by Nico while deploying the K9 in April. The pair were then reassigned to the Sheriff’s Department K9 Academy and recertified for service in July, WCVB reported.

“Officer Larson is a 17-year veteran of the Plymouth Police Department with an exemplary record,” Botieri said.

Nico was one of two K9s on the Plymouth Police Department.