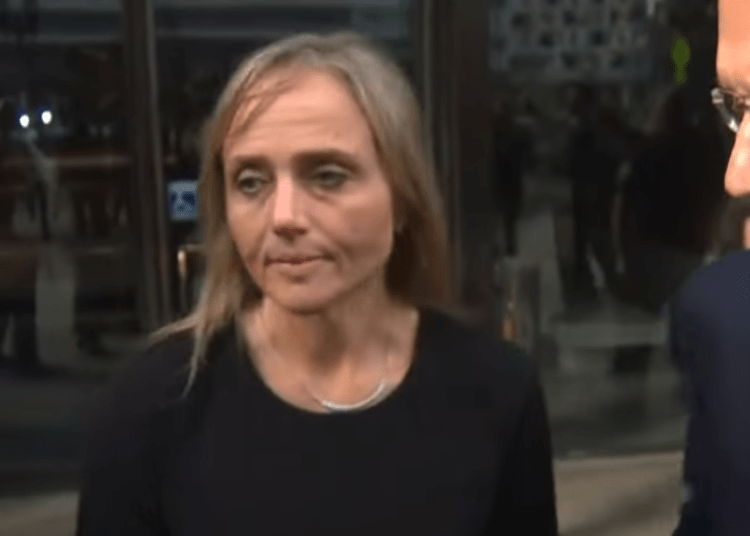 Judge Shelley Joseph is charged with aiding the escape of an illegal immigrant from her courtroom. (YouTube)

NEWTON, Mass. – A suspended Massachusetts judge will be unable to avoid trial as a defendant, a federal court has ruled. She is accused of blocking ICE agents from arresting an illegal immigrant who was secretly escorted out the back of her courtroom in 2018.

The First Circuit Court of Appeals ruled against suspended Newton District Court Judge Shelley Joseph as she tried to have her charges dismissed. They determined that her argument of “absolute judicial immunity” does not apply at the present time, Boston Herald reported.

“We must reject the defendants’ request for pre-trial review of the denial of their motions to dismiss because their appeals are premature,” the court wrote in its ruling.

In essence, the case must proceed forward before it gets to the First Circuit on appeal. The court noted, “As a general rule, federal courts of appeal may exercise appellate jurisdiction only over final decisions.”

Moreover, they also said Joseph’s claim that she is “immune from federal prosecution” has a “flaw.” The court writes “judicial immunity … does not provide a right not to be tried.”

Joseph remains on payroll while facing a federal obstruction of justice charge. The judge reportedly aided the escape of an illegal immigrant from an ICE agent in her courtroom in 2018, the Herald reported.

Joseph is not the only one facing legal trouble after providing aid to the Dominican illegal immigrant who temporarily avoided capture. Retired court officer Wesley MacGregor is also facing the charge. He is accused of leading the person wanted by ICE through the courtroom’s lockup and exit.

While issuing their ruling, the First Circuit Court added the “alien subject (A.S.)” — as they identified him — was about to be seized by immigration when Joseph instructed her court officer to “tell the (ICE) officer to leave.”

“The clerk did as instructed, and also told the ICE officer that if released, A.S. would exit the courtroom into the courthouse lobby,” the court added. However, that did not occur. The illegal immigrant was reportedly released from “a rear sally-port exit.”

ICE latter apprehended the individual, but that has not hindered the prosecution of Joseph and MacGregor, the Herald reported.