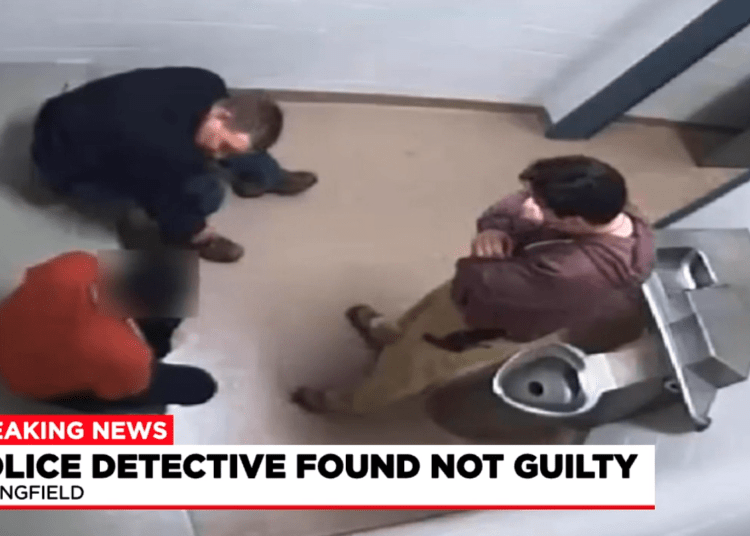 Gregg Bigda was found not guilty of excessive force by a federal jury. (Screenshot WesternMassNews)

SPRINGFIELD, Mass. — Springfield Police Detective Gregg Bigda was found not guilty on all charges by a federal jury, WesternMassNews reported on Monday.

Bigda was on trial for excessive force while interrogating auto theft suspects in 2016. The veteran detective of 27-years avoided more than a decade in prison for the four counts he was facing, according to the news outlet.

After nine hours of deliberation over two days, the jurors acquitted Bigda on all charges.

Springfield Police Commissioner Cheryl Clapprood issued a statement, which said, “I have faith in the judicial system and honor and respect their decision. We’ll review the transcripts from the trial to ensure our Internal Investigations Unit has all the facts before moving forward with any decisions.”

U.S. Attorney for Massachusetts Nathaniel Mendell said, “Today’s verdict is a disappointment – my heart goes out to the victims. We respect the jury’s verdict, of course, and it is a painful reminder that prosecuting police obstruction of justice, excessive force and abusive interrogation is very difficult. Rest assured, though, we will never stop prosecuting these crimes.”

Three suspects reportedly stole an undercover police car, which ended in a chase, and ultimately to the interrogation.

A video clip of the interrogation was made public. Following the incident, Bigda was suspended without pay and charged in the case.

The local news outlet reached out to Bidga’s attorney, but did not immediately receive a response.