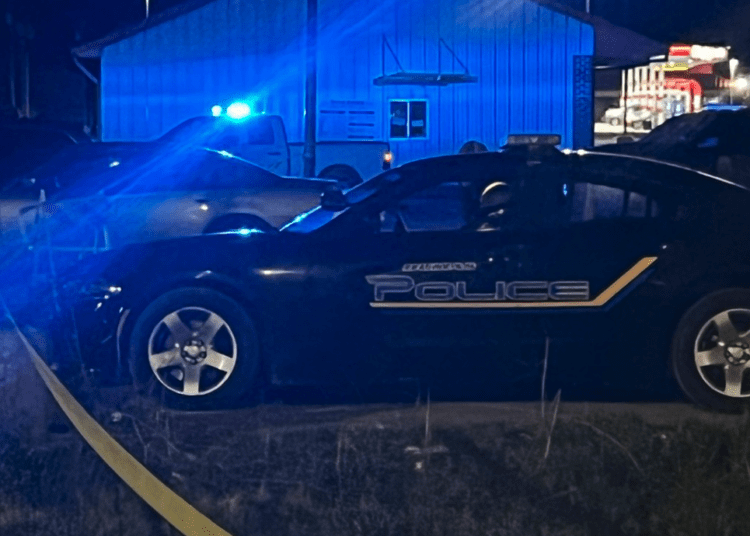 A mass shooting at an Arkansas car show left 24 people injured and one dead. (Twitter)

DUMAS, Ark. – Arkansas State Police verified early Sunday morning that 24 people were injured — up from the original report of 20, including multiple children — and one person is dead in a shooting outside a car show in Dumas.

The mass shooting happened Saturday night outside of the 16th annual “Hood-Nic” event held by the Delta Neighborhood Empowerment Youth Organization. One of the organizers of the event said the gathering was an attempt to promote nonviolence.

Dumas Police Chief Keith Finch confirmed that one person is in custody but officers and state troopers will continue to search for others who may have been firing into the crowd of people Saturday night, KARK reported.

BREAKING: Dumas Police Chief confirms the number of people shot has gone up to 20 with one dead.

He says they are looking into the possibility of multiple shooters and have one person of interest already in custody #ARNews pic.twitter.com/TWYGAusypz

At least two victims were airlifted from the parking lot, the Desha County Office of Emergency Management told KARK, while several others were transported to local hospitals in McGehee and Dumas. One child was taken to Arkansas Children’s Hospital. The victims’ conditions were not immediately known.

Police have not disclosed the identity of the person in custody or the role this individual played in the mass shooting.

Car show organizer Wallace McGehee said the event had been a fun, nonviolent affair for many years before Saturday’s deadly shooting.

“We don’t really know what happened but we just want to send our prayers to all of our friends in this community. We’re here with yall,” he told KATV.

“This has never happened to us at our event ever. For something like this to happen it’s a tragedy… We did this here for 16 years without a problem.

“We want our community to come back and be strong. We’re going to get through this,” he said.

“We apologize for all of this to happen. This has never happened with us in our event ever.” #ARNews pic.twitter.com/CGeba2s3qh

The Arkansas State Police has taken over the lead in the investigation.