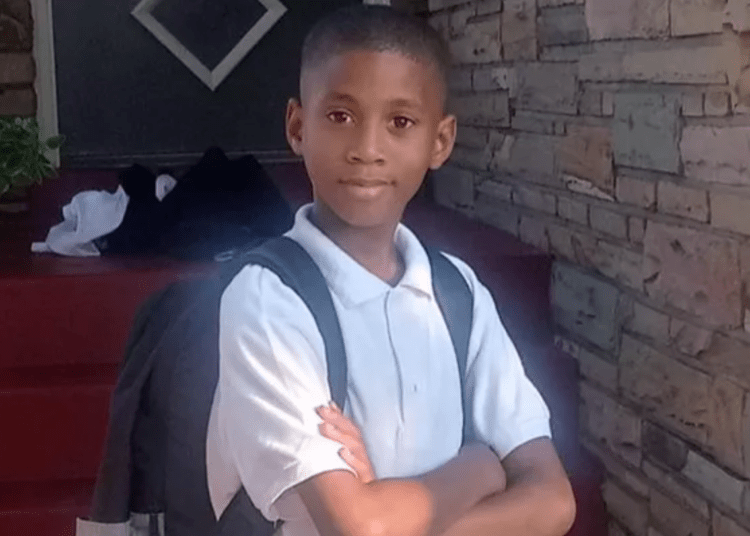 PRINCE GEORGE’S COUNTY, Md. – A Maryland teen was shot while raking leaves in the front yard of his family’s Prince George’s County home on Tuesday. He was transported to the hospital in critical condition. On Saturday his mother, confirmed to FOX 5 that her son had passed away.

Police responded to a shooting on the 2100 block of Jameson St. in the Hillcrest Heights neighborhood Tuesday evening. Officers located a 13-year-old male with gunshot wounds. The critically wounded teen was rushed to a nearby hospital where he clung to life throughout the week.

“On the evening of November 8th 2022, our son Jayz was senselesslly shot in the head while raking leaves in our front yard. Our Jayz is a loving gentle child. His only squabbles are with his little sister Aaliyah over video games,” wrote Antoine and Juanita Agnew on a GoFundMe page.

“We are heartbroken to hear that on November 11th 13-year-old Jayz Agnew was pronounced clinically dead after clinging to life in the hospital since Tuesday. This bright, young man was shot and murdered while raking leaves in his family’s front yard in Hillcrest Heights. We send our thoughts and prayers to his family and friends during this very unfortunate and difficult time. As police continue to investigate to identify a suspect or suspects, let me say, that the violence must stop. Too many beautiful lives have been taken away from families and our communities. Those who have been senselessly killed are not simply numbers, they are sons and daughters, mothers and fathers, friends, mentors and caretakers, all who are valuable to our communities.”

Agnew expressed the pain she is experiencing as her son fell victim to violent crime.

“It doesn’t hit home until it hits home,” Agnew said. “I’ve seen gun violence before, and I’ve seen where other mothers go through this, but it doesn’t hurt until you really are the one that’s getting that kind of call.”

Jayz Agnew, 13, succumbed to his injuries after clinging to life throughout the wek. (Juanita Agnew via Fox 5)

Police said they have no one in custody for the homicide and ask people with information to call 1-866-411-TIPS.