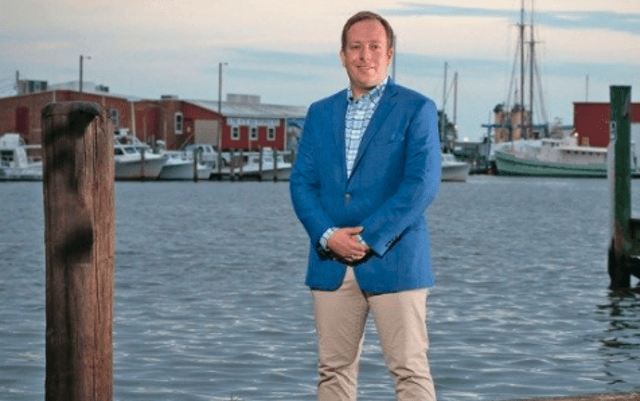 Andrew Bradshaw is charged with 50 counts of violating a Maryland law that prohibits distribution of sexually explicit materials without consent, or in a way that is intended to harass, Law&Crime reported.

“Using someone’s private images without their consent is a serious breach of trust and invasion of privacy, and the power and breadth of the internet makes such a violation even more egregious,” State Prosecutor Charlton T. Howard III said in a press release Monday. “Our office is committed to protecting victims from those who abuse their positions of power and trust.”

The series of crimes were committed between April and May of this year when Bradshaw, 32, distributed sexually explicit images at least 50 times, investigators allege. Moreover, the mayor posted the racy images on Reddit forums with titles such as “HumiliatingComments,” “DegradeThisPig,” and “DegradedCaptions,” according to the criminal complaint.

Bradshaw was previously involved in a romantic relationship with the woman in the photos. She told police that she had shared the pictures with the local politician, but that he posted the personal images to Reddit without her knowledge or consent, authorities said.

The pictures were posted with sexually explicit and degrading captions. Some were accompanied by racist descriptions. 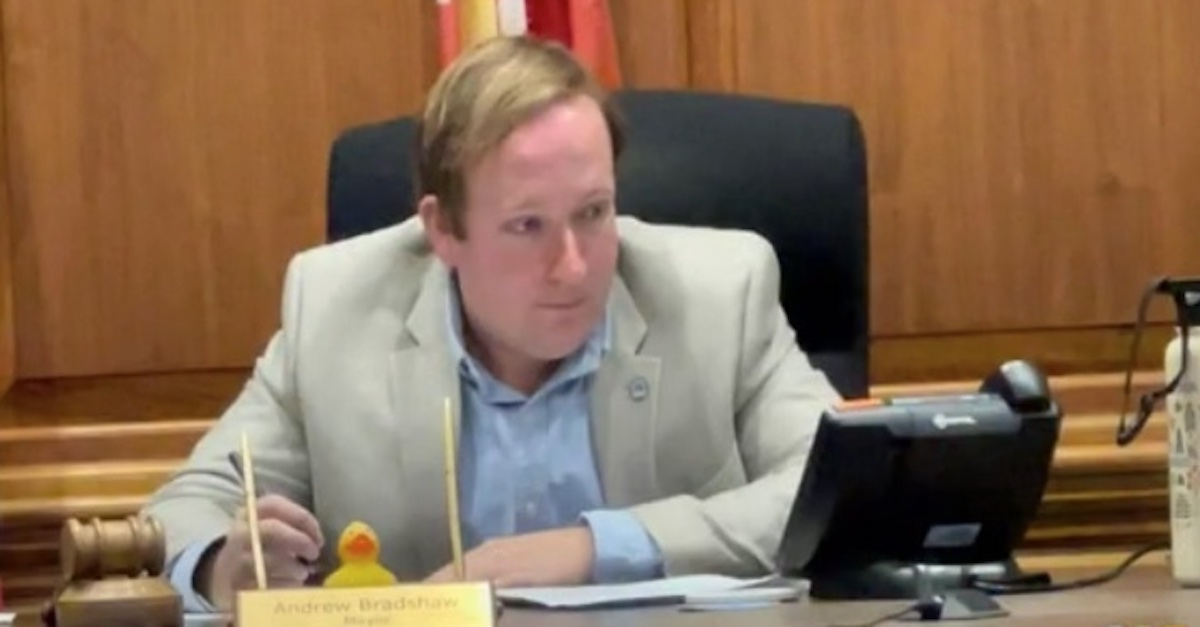 Detectives traced the accounts that posted the images back to Bradshaw’s home address, according to the criminal complaint.

The City of Cambridge issued the following statement on its’ website:

“The City is aware of the matter involving the Mayor. The City is currently gathering information and will cooperate fully with the Maryland State Police and the Office of the State Prosecutor. As the City has a Council-Manager form of municipal government whereby the City Manager serves as the chief executive officer of the City and the head of its administrative branch, the business of the City is unaffected. As this is an active legal matter, no further comments will be made at this time.”

At the present time, Bradshaw remains mayor of the small town with about 12,000 residents, Baltimore Sun reported.

Cambridge’s acting city manager, David Deutsch, told the Baltimore Sun that the city’s commissioners plan to meet the city attorney regarding Bradshaw’s situation to examine the city charter and code to see “what options exist and if any action needs to be taken.”

Bradshaw assumed office in January 2021. At 32-years of age, he is the youngest mayor to ever serve the City of Cambridge.

According to his bio on the city’s website, Bradshaw is a “lifelong resident” of the Cambridge area. Before becoming mayor, he worked in his family’s towing company and waste disposal business.

Each violation of the Maryland law is a misdemeanor offense. Bradshaw faces up to two years in jail and a $5,000 fine for each count, Law&Crime reported.

Bradshaw made his first court appearance Monday. Afterward, he was released on his own recognizance, according to court records.