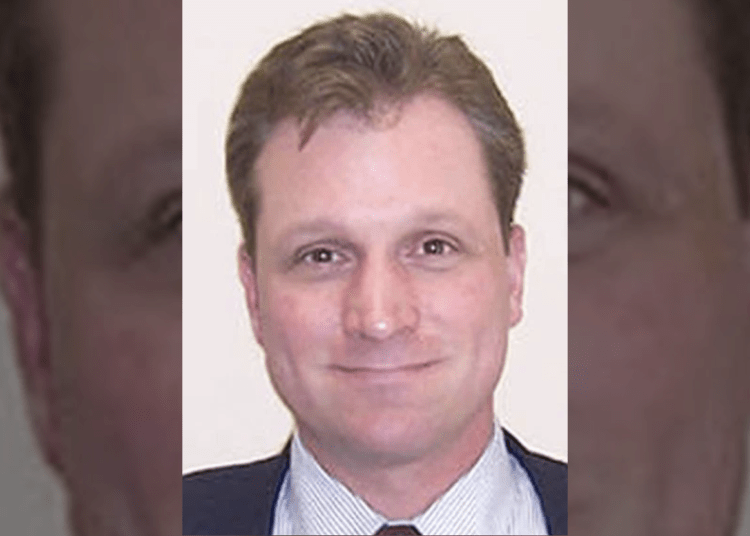 CAROLINE COUNTY, Md. — A Maryland judge accused of sexually exploiting young boys fatally shot himself just as federal agents arrived at his home to arrest him Friday morning, according to authorities.

The FBI arrived at the home of Jonathan Newell, 50, a Caroline County Circuit Court judge, to take him into custody on a criminal complaint charging him with sexual exploitation of a child for allegedly filming teenage boys in the nude at his hunting lodge, The Baltimore Sun reported.

Feds arrived at Newell’s home about 6:43 a.m. when they found him dead of a self-inflicted gunshot wound, according to the Maryland US Attorney’s Office.

Neighbors reported that the FBI demanded that Newell come outside with his hands up before they heard a gun shot.

The Maryland State Police “will lead the investigation into the apparent suicide,” according to federal prosecutors.

Earlier in the summer, Newell brought several boys on a hunting trip to Hoopers Island. One of the boys discovered a hidden camera in the bathroom and called his parents, which prompted the investigation. The judge had been on leave since July, according to court documents obtained by the Sun.

The allegations went beyond secret filming. At least two of the boys told investigators that Newell checked them for ticks when they were naked, the New York Post reported.

The parents of two boys retained attorneys, who issued a “no contact” request to Newell on Aug. 4. The letter cited, “information and belief … that [Newell] engaged in criminal conduct.”

It demanded that he stay away from the boys’ school and associated events, and warned that any contact will result in the parents contacting Maryland State Police for “potential witness tampering.”

Federal investigators uncovered corroborating evidence after searching Newell’s home, truck and law office earlier. They discovered a hard drive in his den that contained numerous videos of naked young men showering. Newell was captured on the footage setting the camera up and in one clip, could be seen searching a naked young man for ticks, the Sun reported.

Although Newell denied setting up the camera, agents said they caught him trying to destroy evidence by chewing up and swallowing a memory card when he was initially confronted with the allegations.

“The investigator heard a loud, distinguishable, ‘crunch,’ sound from the area of Newell’s mouth,” the FBI wrote in charging documents.

“After another minute or two, the investigator heard the same ‘crunch’ again from Newell’s mouth, followed by Newell immediately reaching for and drinking from a cup located on his dresser.”

Newell’s actions were followed by a forced trip to a medical facility for a CT scan. The procedure revealed a “foreign object” believed to be the missing memory card from the camera.

According to the Post, Newell had been a judge since 2016. Prior to sitting on the bench he had been a leading prosecutor in the county for more than a decade.

Newell’s defense attorneys issued a short statement to the Sun, saying: “Our hearts break for Judge Newell’s family, especially for his two sons with whom he was very close.”