Suspect has prior arrests for assaulting police 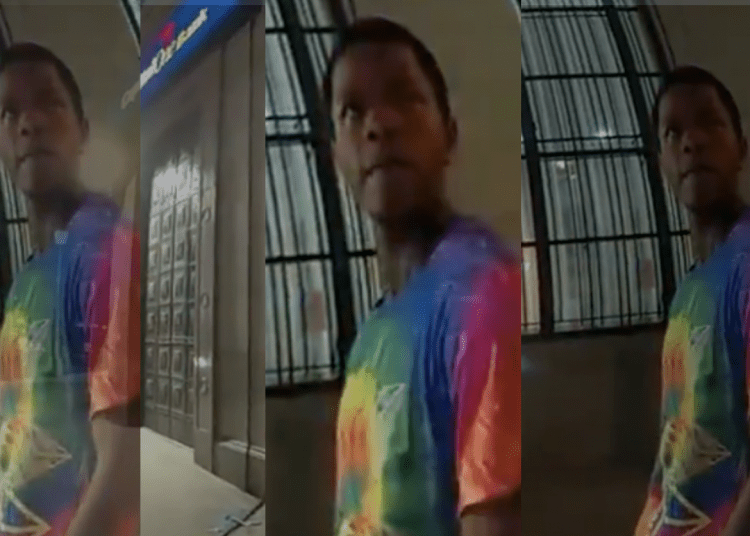 NEW YORK — A suspect who has prior arrests for assaulting police officers was seen on bodycam footage smashing a glass bottle on an officer’s head, NYPD said in a statement.

The unidentified officer was in Brooklyn on a street corner around 4:50 a.m. Sunday to “address community concerns” when encountering Tyshaun Holloway, police said, Fox News reported.

According to the officer’s bodycam footage, which does not contain audio, Holloway, 27, of Hackensack, N.J., walked up to the officer and the pair conversed for a few seconds before the unprovoked attack occurred, NYPD said.

Early yesterday morning, cops from the @NYPD67Pct were on a fixed post to address community concerns when they were suddenly assaulted with a glass bottle in an unprovoked attack.

The suspect, who has been arrested for assaulting officers twice in the past, was quickly caught. pic.twitter.com/WZzHAKTFKg

During the brief conversation, Holloway appears to violently swing at the officer with a glass bottle before taking off on foot.

After the assault, other officers chased down and nabbed the suspect.

The injured officer suffered a laceration to his head and neck, which required stitches to close the wound.

After the provocateur’s Sunday attack, he was charged with assault, menacing, resisting arrest, obstructing governmental administration and criminal possession of a weapon.

“He assaulted cops TWICE before. Yet there he was, walking the streets, endangering not only these POs but the entire community. Our justice & mental health systems are dangerously broken,” the union said in a tweet.

On Monday, Law Officer reported a stabbing and subsequent arrest that occurred in NYC earlier in July. The victim was heroically saved by a patrol officer. Police later arrested a suspect and booked him for attempted murder, among other crimes. Nevertheless, he was released from custody without bail days after his arrest.