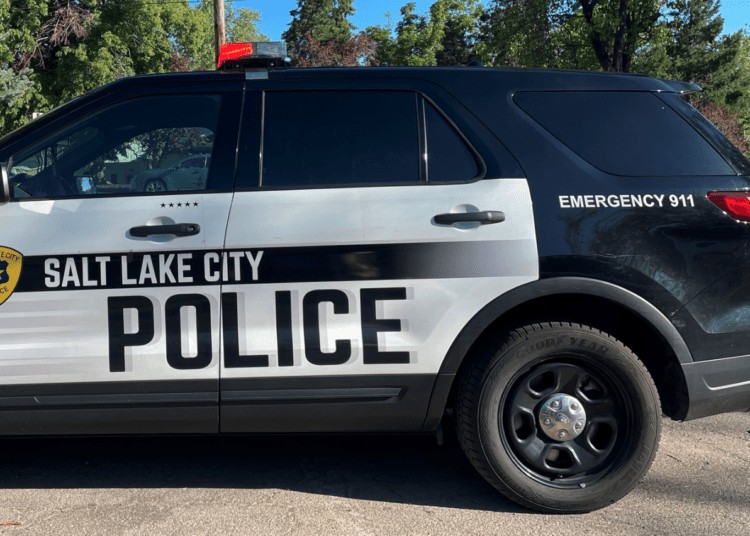 SALT LAKE CITY – A male suspect died Sunday after he fought with Utah police who were trying to arrest him. The physical encounter left some officers with “significant but … non-life threatening” injuries, according to a report.

The Salt Lake City Police Department received a call Sunday about 3:15 p.m. regarding “an attempted theft and disturbance” at a business near 300 West and 800 South, according to a news release. Responding officers located the suspect near 356 W. 700 South and tried to apprehend him. However, the suspect chose to fight with officers, leading to several injuries by law enforcement personnel, reported The Salt Lake Tribune.

After the violent offender was taken into custody, he “lost consciousness,” according to police officials. Officers not only attempted CPR but administered a dose of Narcan, an opioid antagonist. The suspect was transported by ambulance to a nearby hospital, where he died a short time later. His identity has not been released.

SLCPD Chief Mike Brown said the man’s death will be investigated by an outside agency, according to the news outlet.

“An independent, transparent and objective process,” Brown said. “I want to reassure Salt Lake City that the women and men of the Salt Lake City Police Department are professionals who have pledged to protect our community. During this incident, two of our city’s police officers were hurt. I’m grateful those injuries were not more serious.”

Body camera footage of the deadly encounter should be released in 10 days, according to department policy.