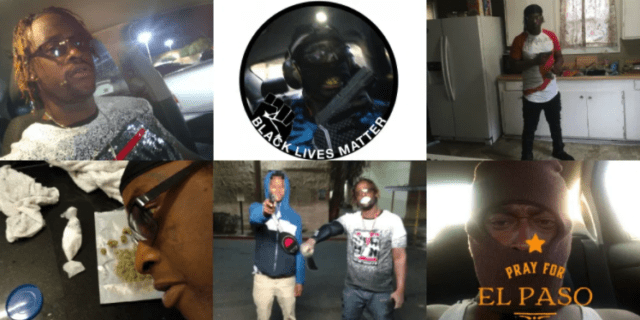 BOTHELL, Wash. — One police officer was murdered and his partner was wounded Monday night following a vehicle pursuit that ended with a collision, Law Officer reported.

Jonathan Shoop, 32, was identified as the Bothell police officer killed in the series of crimes. Henry Eugene Washington, 37, has been accused of being the killer. Moreover, reports indicate that Washington has ties to Black Lives Matter (BLM). He is currently booked in the King County Jail. His booking photo is unavailable for release.

This is the latest information from the Snohomish County Multiple Agency Response Team:

(Updated Release – July 14, 2020 at 5:00 p.m.) Throughout the day, detectives with the Snohomish County Multiple Agency Response Team (SMART) have continued investigating the shooting incident that resulted in the death of Bothell Police Officer Jonathan Shoop, injuries to a second Bothell Police officer, and a pedestrian.

At about 9:40 p.m. on July 13th, two Bothell Police officers were patrolling in a marked patrol SUV when they initiated a traffic stop on a black Pontiac G6 at the intersection of Bothell Way NE and Woodinville Dr. The Pontiac initially stopped but accelerated through the traffic light as Officer Shoop approached it. The Pontiac struck a pedestrian riding a scooter in the crosswalk before crossing the median and stopped in the westbound lanes of Woodinville Dr. The officers drove around the median and U-turned to approach the Pontiac. According to video footage and witnesses, a male exited the Pontiac and walked towards the police SUV while firing a handgun at it. The male then ran from the scene as the police SUV continued forward, glanced off the Pontiac and rolled several hundred yards before coming to a stop against a tree.

Officers secured a perimeter and searched for the shooter. A few hours later, a male matching the shooters description was observed on the rooftop of a business in the 10000 block of Main St. At about 3:40 a.m., the male attempted to get off the rooftop but became wedged between the buildings and was taken into custody without incident. A handgun was recovered from his pants.

During an interview with detectives, the male admitted to driving the Pontiac, driving away from the traffic stop, hitting the pedestrian and shooting at Officer Shoop. The male, a 37 year-old, was booked into the King County Jail on probable cause for murder, assault, and vehicular assault. A charging decision will be made by the King County Prosecuting Attorney’s Office.

Based on their investigation, detectives believe the second officer returned fire from the passenger seat.

The second officer and the 20 year-old male pedestrian were taken to Harborview Medical Center with what were believed to be non-life threatening injuries. While the condition of the pedestrian is unknown, the officer has been released.

There were no other occupants in the Pontiac.

Tonight in Bothell, WA—2 Police officers shot. One killed. One in critical condition.

A child was also shot.

The suspect is a Black male at large.#Bothell #BlueLivesMatter pic.twitter.com/Y5DGD8XP0v

Although police did provide Washington’s name in their press release, The Daily Herald reported his identification, while Law Officer confirmed his booking information via Kings County Jail.

Washington allegedly has connections to BLM based upon a Facebook profile that has been attributed to him, NOQ reported.

According to NOQ, the suspect’s affiliation with BLM can be clearly seen on his public Facebook page.

Killed one. Critically injured the other.

Don’t you dare tell me this had nothing to do with radical leftists anti-police rhetoric.

Law Officer confirmed the Facebook profile for “Henry E. Washington” appeared supportive of BLM. We also called three law enforcement agencies involved in the investigation to determine if the suspect in custody was the same individual. There were no officials able to confirm or deny the information.

Please note*** Henry E. Washington is the man on the RIGHT! Not the left. This is him and confirmed. Let’s hope he doesn’t see another day of sunlight. pic.twitter.com/N8v48LUCVf

Amazing that no media is touching this story yet.

I may or may not know this information to be true, but if you Google or Twitter search "henry e(ugene) Washington", no results. It's been 6 hours!

Sure hope when I'm right, you'd consider a RT. https://t.co/tqBxCy7vKx

The Facebook profile for Henry E. Washington has several images depicting him with cash, firearms, and drugs. It also includes several images and posts discussing his status as a BLM activist. The page will likely be taken down soon if it hasn’t already, but here are images captured from his profile:

While trying to confirm the connection, Law Officer has made a request for a booking photo. Snohomish County Multiple Agency Response Team is unable to provide a picture of Washington. We made the same request with King County Jail and received the following reply via email:

“We are unable to provide this photograph to you per Washington State law. The State of Washington considers inmate booking photographs to be a confidential inmate record, see RCW 70.48.100.”

At the time of publication, our sole source that “Henry Eugene Washington,” who is accused of killing Officer Jonathan Shoop, and is in custody at King County Jail, is the same “Henry E. Washington” identified as a BLM activist via Facebook, is the NOQ report.

UPDATE: After inquiring with the PIO at Everett Police Department, Law Officer received the following reply via email:

“A connection to BLM is not currently relevant to our investigation and we are unable to provide information on it.”

Law Officer is grateful for their reply. However, we couldn’t disagree more. It’s extremely relevant as it goes to motivation, one of the fundamental elements of a criminal investigation.

One thing is certain, if the suspect belonged to a white supremacy group, it would be splashed across the headlines nationwide. In this case, we’ll be forced to keep digging.