The fleeing suspect had 12 warrants for his arrest 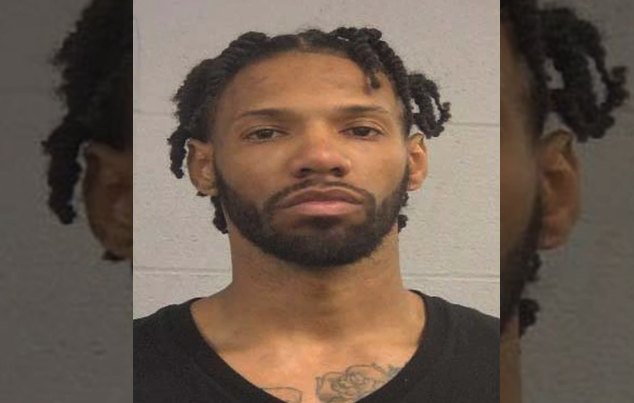 LOUISVILLE, Ky. — A Louisville man wanted on a dozen arrest warrants fired at officers and fled on foot as police tried to make the arrest. One officer was struck. Police returned fire as they chased the man. During a standoff police again fired and the suspect was struck multiple times, allowing officers to take him into custody, officials said.

Officers of the Louisville Metro Police Department approached the suspect “known to have warrants” at a park Sunday evening during the Dirt Bowl basketball event, LMPD spokeswoman Alicia Smiley said, according to the Associated Press.

The officer who was struck by gunfire was wearing body armor and wasn’t seriously injured, authorities said. The officer was evaluated at a local hospital and subsequently released.

The wounded gunman was identified as 30-year-old Herbert Lee. Police said he had 12 warrants out for his arrest.

During a Monday press conference, Louisville Metro Police Chief Erika Shields said that Lee fled on foot when approached by officers and fired one round during the foot chase, striking the officer. Police returned fire while Lee continued running. Eventually, there was a standoff and subsequent shooting when Lee was hit several times, she said.

Lee sustained gunshot wounds to his extremities. He is in stable condition at the University of Louisville Hospital, and is expected to recover, according to police spokeswoman Elizabeth Ruoff.

Once Lee is medically cleared to be released, he will face additional charges that include attempted murder of a police officer, receiving stolen property (firearm), having restricted ammunition, possession of a handgun by a convicted felon, fleeing and evading on foot, Ruoff said.