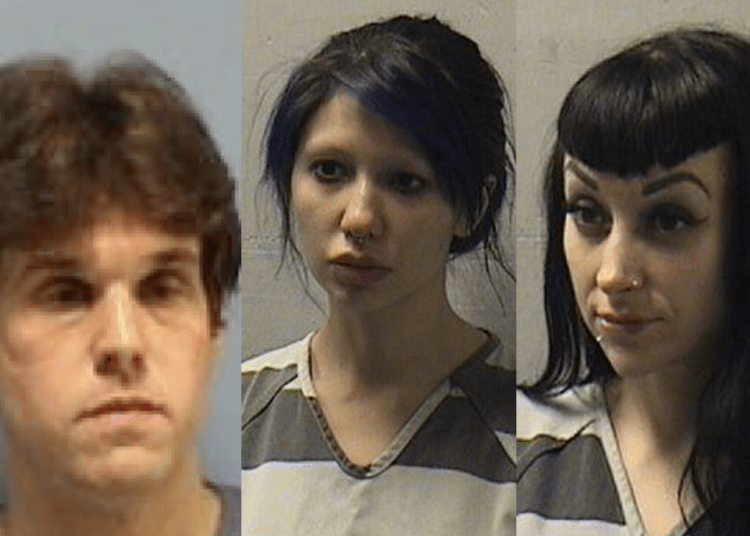 Travis Clark was arrested in 2020 after having sex on the altar with two dominatrices at Saints Peter and Paul Roman Catholic Church. (WWL-TV)

PEARL RIVER, La. — Salacious details from police about the arrest of a Louisiana priest last week add to an already devastating period in the Archdiocese of New Orleans’ ongoing church sex abuse scandal.

The Pearl River priest was taken into custody for obscenity after getting caught having sex with two dominatrices on the altar of his church, court documents revealed, WWL-TV reported.

The group had allegedly set up stage lighting and appeared to be recording the encounter on a cellphone, according to the New Orleans Advocate.

The witness said they became suspicious when noticing the lights at Saints Peter and Paul Roman Catholic Church were on late at night. The encounter was recorded by the witness and showed to police, according to reports.

Clark, who has been the pastor at the church since last year, was arrested for allegedly having sex in a publicly visible location.

Clark was also the chaplain of a nearby Catholic high school. He was ordained as a priest in 2013.

The Archdiocese of New Orleans said it suspended Clark on the day of his arrest, according to WWL-TV in New Orleans.

“What upsets me is, why did he have to do that there?” town council member Kat Walsh said. “I’m upset for all of us, the parishioners of the church. Why there?”

Archbishop Greg Aymond went to the church days later for a church ritual to restore the altar’s sanctity, the station reported.

Clark had taken over the chaplain position at the high school for another priest after he resigned last summer over allegedly inappropriate texts with a student. Clark was released from jail on a $25,000 bond.

Neither the archdiocese nor Clark have made public comment about the arrest.

On the same day as the arrest, another New Orleans priest, Rev. Pat Wattigny, revealed he had allegedly sexually abused a minor in 2013, the New Orleans Advocate reported. He was removed from the ministry immediately.