Officer William Earl Collins Jr. died of a gunshot wound to the head 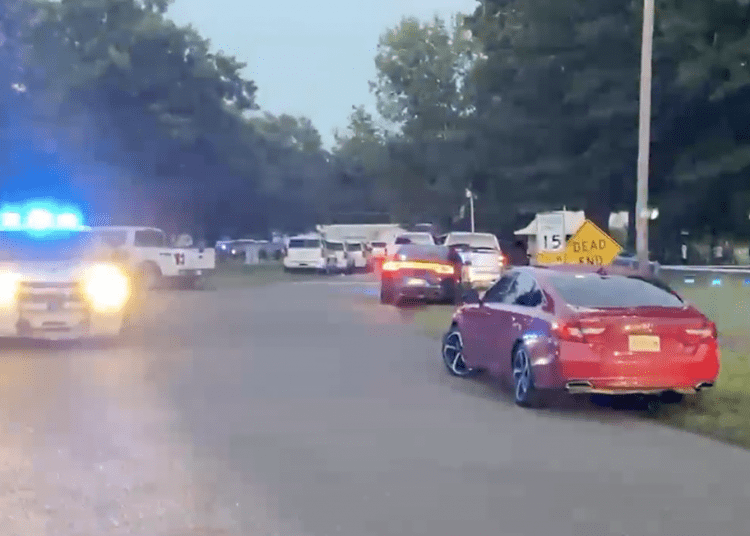 WEBSTER PARISH, La. — A police officer in Louisiana suffered a gunshot wound to the head during a confrontation with a suspect near a local high school. The officer was taken to a nearby hospital but did not survive, according to reports.

Officials say William Earl Collins, Jr. was a full-time deputy at the Bayou Dorcheat Correction Center and was serving part-time as a Doyline police officer when he was shot, KSLA reported. The small village is located about 22 miles east of Shreveport.

A suspect was taken into custody after initially barricading inside a mobile home, authorities told KTAL-TV of Shreveport.

In a news conference late Friday night, Webster Parish Sheriff Jason Parker did not identify the suspect, although the sheriff said he’s been taken to a local hospital with life-threatening injuries.

“I am very sad to say that tonight around 7:43 p.m., we lost a good man. A family lost a good husband, a good father, a good Webster Parish deputy, a good reserve officer, patrol officer for the city of Doyline that loved and served his citizens well and it just breaks my heart, because anytime we put on a uniform and we go out and we try to serve the public, this could happen to anybody. This could happen to any one of us.”

Explosions and gunfire were heard from the scene just before 11 p.m. Friday, but the sheriff did not provide explanations, KTAL reported.

However, the crimes created a significant response for assistance as “well over 200 law officers from all over the parish, everywhere, everybody responded,” Parker said.

The officer was shot not far from Doyline High School, KSLA-TV reported. After being wounded, he was airlifted to Ochsner LSU Health in Shreveport, where he later died, authorities said.

Louisiana State Police posted an alert on Facebook, asking residents to stay away from the crime scene, according to Fox.

According to State Police, officers were responding to a domestic disturbance call when the deadly shooting occurred.

LSP Trooper Jonathan Odom said responding officers came under heavy gunfire. Collins was the first officer to arrive and suffered a gunshot wound to the head. He was then airlifted to the hospital where he died.

Webster Parish deputies who also responded to the scene were not injured.

“I’ve lived here just about all my life, and this has got to be the most tragic day that I’ve ever experienced here, and I never thought I’d see this here in our community,” said Doyline Mayor Steven Bridwell, asking the community to keep his family in their prayers “and pray that things like this don’t happen again.”

Zoo cancels police event because it could be ‘unintentionally divisive’