The protesters came knocking at the DA's home at 5:40 a.m. 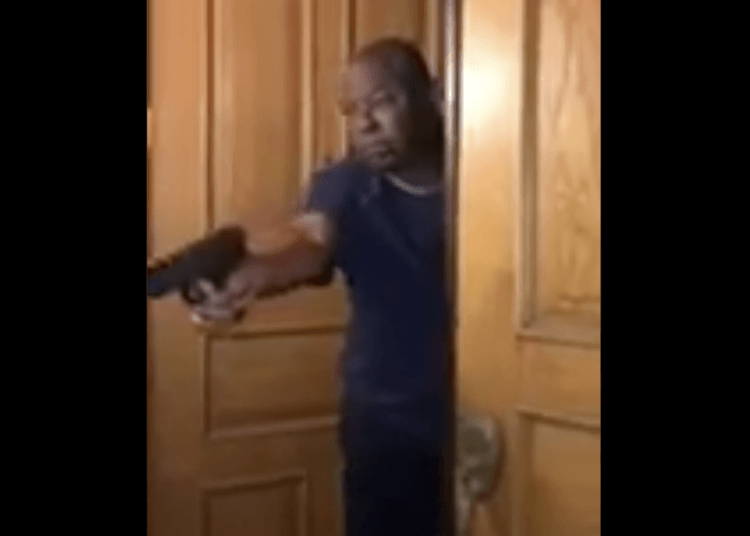 GRANADA HILLS, Calif. – The Los Angeles County district attorney apologized Monday after her husband was filmed pointing a gun at about 50 Black Lives Matter demonstrators and threatening to shoot them for showing up to their Los Angeles area home before dawn.

A tearful Jackie Lacey said during a press conference hours after the incident that the gathering of protesters at her home awakened her and her husband, David, and he reacted out of fear but was “profoundly sorry” for brandishing a gun. She said he ran downstairs, where she heard him talking to someone, and that when he came back, he said there were demonstrators outside, KABC reported.

She said he told her: “I pulled my gun, and I asked them to leave.”

BLM organizer, Melina Abdullah, told KTTV the protesters rang Lacey’s doorbell to meet with her. In a video posted by Abdullah, a man pointing a gun opens the door and says, “Get off. Get off of my porch.”

In the video, a woman off-camera says: “Good morning. Are you going to shoot me?”

The man – identified by Cannick as David Lacey – says “I will shoot you. Get off of my porch.”

The woman responds: “Can you tell Jackie Lacey that we’re here?”

The man says: “I don’t care who you are, get off of my porch right now. We’re calling the police right now.”

I’m front of DA Jackie Lacey’s house for that community meeting she promised with the @BLMLA crew. Rang her bell to invite her.

Her husband pulled a gun, cocked it, pointed it at my chest and said “I’ll shoot you. I don’t care who you are.” @WP4BL @RealJusticePAC @shaunking pic.twitter.com/WtazUWSJIC

LAPD was called to the home around 5:40 a.m. regarding about 50 protesters outside a home, Officer Lizeth Lomeli said. No arrests were made.

Lacey has clashed repeatedly with BLM protesters. They accuse her of being too protective of law enforcement and failing to prosecute officers who are involved in fatal shootings.

Of her husband, Lacey said, “His response was in fear, and now that he realizes what happened, he wanted me to say to the protesters, the person that he showed the gun to, that he was sorry, that he was profoundly sorry.” She said she also was sorry, KABC reported.

The district attorney said she has received death threats and has been followed, photographed and confronted repeatedly. She said she expects people to exercise their First Amendment rights, “but our home is our sanctuary.”

“I do not believe it is fair or right for protesters to show up at the homes of people who dedicate their lives to public service,” Lacey said. “I just want to live in peace and do my job.”

Lacey has faced heat for the racial disparity in county jails, high incarceration rates and her position on the death penalty despite Gov. Gavin Newsom’s moratorium on the punishment.

The Monday morning encounter came a day before a primary election where Lacey, the first black woman to lead the largest local prosecutor’s office in the U.S., is seeking a third term.

The incident has the earmarkings of a setup as the video was quickly re-tweeted by Rossi. Her tweet read, “I will never run from the community. … And I never thought I’d have to say it, but I will also never threaten to shoot community members protesting for change. … What kind of leadership is this?”