San Francisco DA acts like he is still a public defender 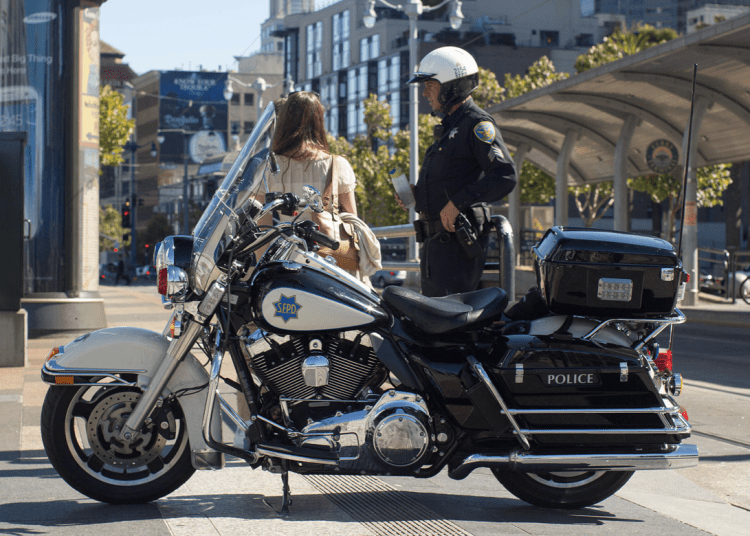 “We will not prosecute cases involving quality-of-life crimes,” he said. “Crimes such as public camping, offering or soliciting sex, public urination, blocking a sidewalk, etc., should not and will not be prosecuted. Many of these crimes are still being prosecuted; we have a long way to go to decriminalize poverty and homelessness.”

Unfortunately, he didn’t stop there. On Friday Boudin announced new policies taking effect immediately within his office. The outcome will result in more criminal cases getting rejected.

Good criminal cases will get rejected

Prosecutors will no longer charge people with the possession of contraband resulting from stop-and-frisk style pretextual searches or make use of status-based sentencing enhancements such as prior strikes or alleged gang affiliation status, except in extraordinary circumstances, KPIX reported.

“Pretextual stops and sentencing enhancements based on who you know rather than what you did are relics of the tough-on-crime era that failed to make us safer,” Boudin said in a statement.

“Instead, they led to mass incarceration, targeted innocent black and brown drivers and increased recidivism. They stand in the way of fairness and justice,” he said.

Pretextual stops are when an officer uses a minor traffic or other menial violation to detain a person. Once the detention has begun, the officer quickly looks for legal justification to further the investigation. i.e. Parole or probation status, arrest warrants, impaired driving, consent, etc. If those factors exist, the detention can be prolonged beyond the normal time it would take to issue a citation.

Moreover, once there is a legal justification to search or verify compliance with court ordered search and seizure conditions, officers often find evidence of additional crimes.

It is a tool in the law enforcement arsenal that enhances public safety, but has always been a tactic spewed by defense attorneys, like Boudin.

“In his short tenure, Chesa Boudin has demonstrated that he is a clear and present danger to the law abiding residents, businesses and visitors of San Francisco. Get pulled over and have an illegal handgun or AR-15? No problem, Boudin will throw out your case. Have 10 pounds of meth all in small plastic bags ready for sale? No problem, Boudin will throw your case out too. It’s unconscionable that Boudin would let someone with an illegal gun go free, only to allow them the opportunity to arm themselves again. Chesa Boudin is emboldening criminals and we are all going to pay a steep price for his absurd policies.”

Boudin’s office claims the changes are being made to enhance public trust. However, “pretextual stops” are not something categorized or articulated in arrest reports. Therefore, how Boudin (or his staff) will know it is present in a particular case is anyone’s guess. Nevertheless, it probably doesn’t matter as they will likely reject any case that hints of this type of detention. i.e. The investigation that begins with a traffic stop for an inoperable headlight, which turns into a parole search, hence, a pound of meth being seized will now be a “DA reject in the interest of justice,” according to Boudin and his Merrie Men. So, is it really enhancing public trust or simply creating public peril?

Ignoring quality of life crime as well as good criminal cases—gang bangers carrying weapons and slinging drugs, which were discovered due to a busted taillight—begets more of the same.

The California welfare system is a public trough, now the streets of San Francisco will officially become a public toilet, brothel, “shooting gallery” for drugs, and campsite since a man groomed in the public defenders office will make policy decisions for their prosecutors. The fox isn’t just guarding the henhouse, he’s completely reconstructing it. Watch out SFPD!

“Chesa Boudin is emboldening criminals and we are all going to pay a steep price for his absurd policies.”

Sadly, the “progressive” city that needs “Snapcrap app” so people can avoid piles of human waste will need another app to document other quality of life/crime related issues that are sure to degrade the area. It is for these reasons and others that retired cops are fleeing the state in tremendous numbers.

Boudin is the son of parents who were members of the radical left-wing Weather Underground. He grew up with his parents incarcerated for their roles in an armed robbery that left three men dead, Fox News reported.

The Weather Underground were domestic terrorists involved bombings. According to the FBI, they were a violent offshoot of Students for a Democratic Society, or SDS, a group created in the turbulent ‘60s to promote social change.

When SDS collapsed in 1969, the Weather Underground stepped forward, inspired by communist ideologies and embracing violence and crime as a way to protest the Vietnam War, racism, and other left-wing aims. “Our intention is to disrupt the empire … to incapacitate it, to put pressure on the cracks,” claimed the group’s 1974 manifesto, Prairie Fire, the FBI documented.

By the next year, the group had claimed credit for 25 bombings—including the U.S. Capitol, the Pentagon, the California Attorney General’s office, and a New York City police station.

The FBI doggedly pursued these terrorists as their attacks mounted. Many members were identified, but their small numbers and guerrilla tactics helped them hide under assumed identities. In 1978, the Bureau arrested five members who were plotting to bomb a politician’s office. Others were captured after two police officers and a Brinks’ driver were murdered in a botched armored car robbery in Nanuet, New York, in 1981.

“There can be no justice when we utilize prison and jail as the solution to all of our problems,” he said after Interim DA Suzy Loftus conceded the race. “We must think differently.”

“Thinking differently” is apparently destroying the prosecutor’s office from within.

Attorneys Tal Klement and Dana Drusinsky of the Public Defender’s Office were among four new hires that Boudin made in January, according to an internal memo obtained by the Examiner.

Boudin also made several promotions from within the office to replace attorneys who were fired in what critics dubbed, “Friday Night Massacre.”

I am a Southern Californian, but relocated to Texas upon retirement from law enforcement. I have family members who live in the Bay Area, so we’d frequently visit San Francisco. However, a few years ago I said I’d had enough after the overly aggressive panhandlers spoiled a sightseeing day at Fisherman’s Wharf. Yet the coup de grace for me was entering a public restroom near the BART station and witnessing a vagrant … high on heroin … taking a crap in the sink … when public stalls were available.

“I’m done with this city,” I declared when I returned to my waiting family.

To imagine that public officials are not bothered by this behavior sends a huge message—at least to me. STAY AWAY, we don’t need your patronage! Consequently, there are many people doing just that, staying away!