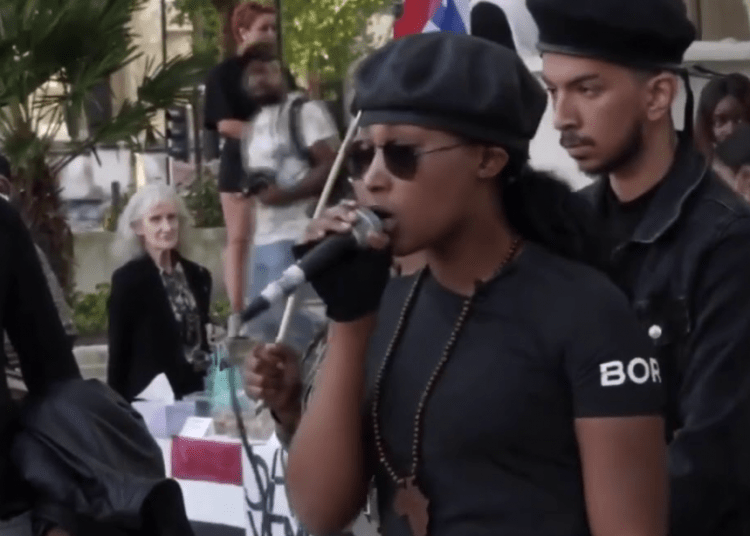 A leading Black Lives Matter activist in the United Kingdom is in critical condition after receiving a gunshot wound to the head Sunday morning, according to reports.

A political group, Taking the Initiative Party, said Sasha Johnson was being treated in intensive care after getting “brutally attacked” in the early morning hours of Sunday, BBC News reported. The political organization claims she had been previously targeted by death threats, although police say there is no evidence to suggest she had been threatened. Details surrounding the shooting were vague.

The BBC and The Guardian reported that police responded to a shooting about 3 a.m. in southeast London. The victim was a 27-year-old woman and the shooting was near a house party. The Guardian, citing police, reported that there is no immediate evidence to suggest it was a targeted attack.

The Metropolitan Police issued multiple appeals for witnesses in relation to the shooting. It is believed the gunfire occurred in the vicinity of a house where a party was taking place and a number of people may have been in the area, The Guardian reported. Detectives from the Met’s specialist crime command (Trident) were leading the investigation.

DCI Jimi Tele said detectives were making “good progress” in hunting the attackers but they needed help from the public and it was “crucial” that anyone who saw anything suspicious in the Consort Road area in the early hours of Sunday or who had heard information since then get in touch.

“Finally, I recognize that this incident will have shocked those in the local community and further afield,” Tele said. “I would ask people to avoid speculating as to the motive or the circumstances behind it.”

Jonson, 27, is one of the leading Black Lives Matter activists in the UK, Fox News reported. According to the the BBC, Johnson is also a leading member of the country’s Taking the Initiative Party, which the report said is considered Britain’s first “Black-led political party.”

The Guardian reported that Johnson rose in prominence during protests last year that developed in Britain. The news organization also pointed to Claudia Webbe, a former Labour MP, who took to Twitter after the shooting to call the incident involving Johnson “shocking.”

“All women should b safe on our streets,” she tweeted. “Wishing her a full recovery. Sending love and solidarity to her family, friends and loved ones. There are still too many guns and violent weapons damaging too many lives #BLM.”