'They were trying to descend … they suffered a hard landing and a rollover,' Sheriff Villanueva says 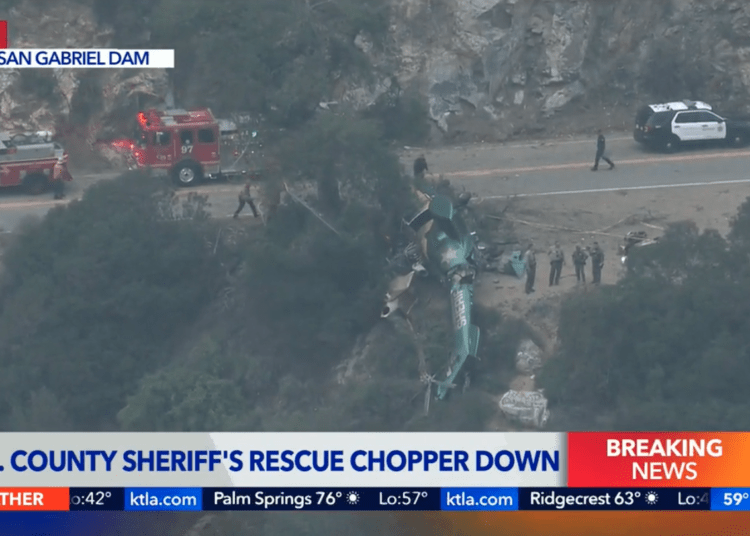 Sheriff Alex Villanueva said the air crew was assisting the Fire Department with transporting a patient who was involved in a vehicle rollover when “the helicopter suffered some malfunction of some sort.”

The crash occurred near East Fork Road and State Route 39 shortly before 5 p.m., according to an alert from the Los Angeles County Fire Department and Supervisor Ornelas, KTLA reported.

Villanueva said all five LASD deputies were taken to the Pomona Valley Medical Center, according to the Los Angeles Times.

Villanueva also revealed that a sixth person was aboard the air ship in addition to the deputies: a doctor from UCLA who was riding along with the crew, though the doctor’s injuries were not detailed during the press conference.

“We don’t know if it by was mechanical, environmental, what they call a brownout, a wind change, but as they were trying to descend … they suffered a hard landing and a rollover,” Villanueva said.

Another LASD pilot, Deputy Rob Gracia, clarified the helicopter crew had not yet picked up the patient from the rollover when the crash occurred, KTLA reported.

“They were actually making the landing to load the patient up [when the helicopter crashed],” Gracia said.

Villanueva said the “range of injuries” sustained by the helicopter’s occupants includes “fractures and broken ribs and things of that nature, but thankfully nothing that is life-threatening at this time.”

Dr. James Kim from the Pomona Valley Medical Center confirmed the patients are all in stable condition.

The absence of fatalities, in addition to the fact the helicopter did not tumble down hundreds of feet into the canyon below and that it did not catch fire was “nothing short of a miracle,” Villanueva said.

The LASD crash comes one month to the day after another law-enforcement helicopter went down in neighboring Orange County.