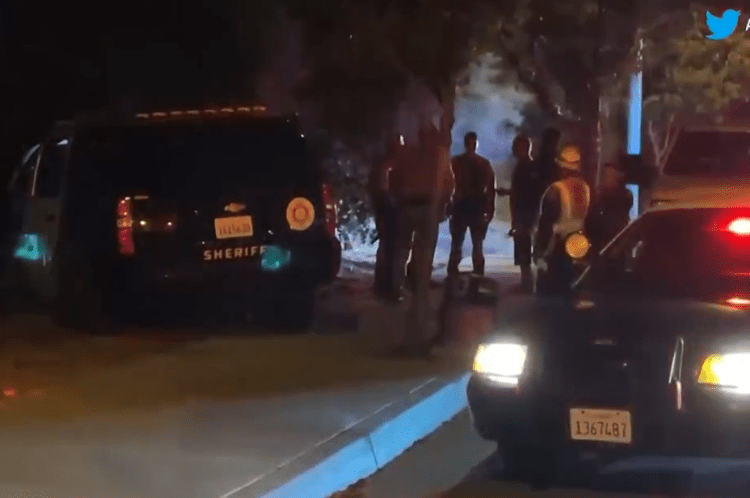 LOS ANGELES – A deputy with the Los Angeles County Sheriff’s Department who disappeared for nearly an hour after being involved in a single-vehicle collision was arrested on suspicion of DUI.

The missing law enforcement officer was found about 10:20 p.m. at his own home, according to the Santa Clarita Signal.

The deputy was identified as 50-year-old Carlos Lopez. He is “a member of the department’s elite Special Enforcement Bureau, which includes SWAT,” reported the Los Angeles Times.

Aerial footage from KTLA’s news helicopter showed what appeared to be the deputy being loaded into an ambulance at about 10:30 p.m.

The Sheriff’s Department confirmed the deputy was transported to the hospital to receive treatment for minor injuries and subsequently arrested on suspicion of DUI.

After being processed at jail, Lopez was cited and released, which is normal protocol for this offense.

Lopez has been relieved of duty as part of the ongoing investigation, the Sheriff’s Department said, according to KTLA.

In a statement on Twitter, Sheriff Alex Villanueva said he had “been notified of the incident.”

I have been notified of the incident involving a @LASDHQ employee. I am taking this incident seriously and will ensure this matter is properly investigated. Until the investigation is completed, I cannot comment on what the outcome will be.

“I am taking this incident seriously and will ensure this matter is properly investigated. Until the investigation is completed, I cannot comment on what the outcome will be,” he added.