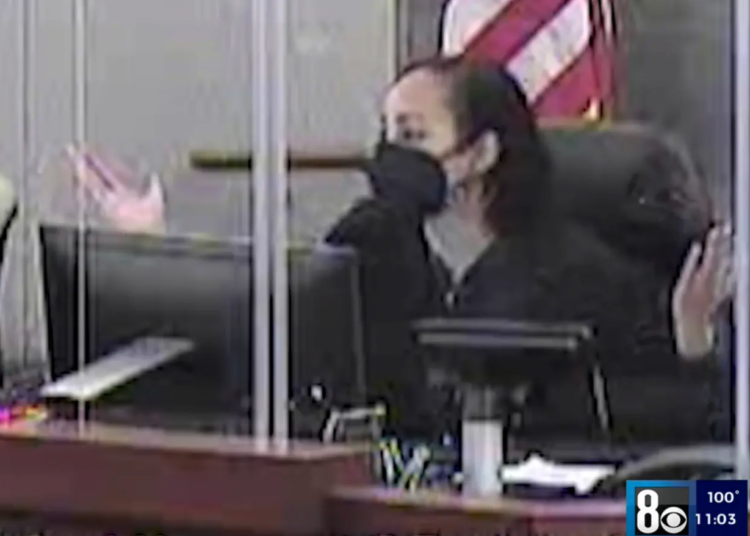 LAS VEGAS – The Las Vegas Police Protection Association is calling on a judge to resign for making disparaging comments that warned a black defendant to avoid being around police officers because he might not survive. The judge said it is advice she follows herself, according to reports.

“You’re the one making the decisions not to walk away from cops,” Ballou told the man. “You’re a black man in America. You know you don’t want to be nowhere where cops are.”

Ballou, who is black, then continued the disparaging comments by personalizing Monday’s courtroom castigation of police.

“You know you don’t want to be nowhere where cops are cause I know I don’t, and I’m a middle-aged, middle-class black woman,” she proclaimed. “I don’t want to be around where the cops are because I don’t know I’m going to walk away alive or not.”

LVPPA called out the judge for the inflammatory comments

“Hey, Judge, you are a disgrace to the bench,” the police union tweeted Thursday. “You have dishonored the robe you wear. You need to resign immediately.”

Hey, Judge, you are a disgrace to the bench. You have dishonored the robe you wear. You need to resign immediately. #trashjudge #removejudgeballou #supportlawenforcement https://t.co/dPYUalpoR4

The criminal defendant before the court in Monday’s case is accused of committing battery against an officer while on probation from an earlier case. As a result, prosecutors were seeking to get his probation revoked, according to KLAS.

“Even if the cop like came after and was harassing your group, you should have walked away instead of staying,” Ballou told the suspect. “You needed to walk away because you knew you were on probation.”

Although Ballou found the man in violation of his probation, which she revoked, she also reduced his sentence from 24 to 60 months to 19 to 48 months, KLAS reported.

The Las Vegas Review-Journal reported in 2016 that a judge asked then public defender Ballou to remove a Black Lives Matter pin. She claimed the button, which was removed, wasn’t a political statement.

Ballou was elected to the bench in November 2020. Her term runs through 2027, KLAS reported.

“We also ask the Judicial Ethics Commission to sanction her for violating the Nevada Code of Judicial Conduct,” the union said in a statement. “Judge Ballou has demonstrated that she is biased against law enforcement and cannot live up to the standards required of a jurist … Police officers and the law-abiding citizens of our community deserve better from the judiciary.”