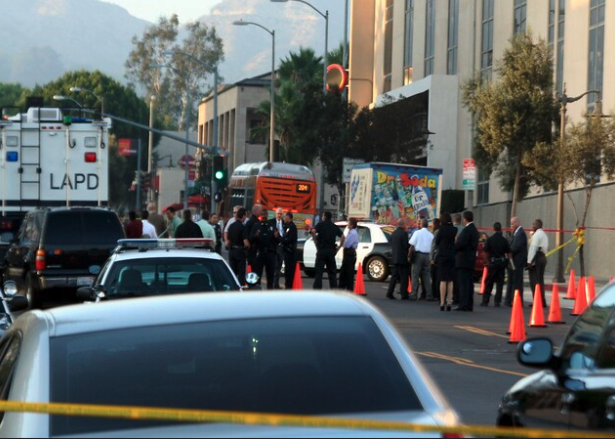 LOS ANGELES – Officers of the Los Angeles Police Department engaged in more fatal shootings in 2021 than years prior. Rather than highlighting the increased violence occurring, which is likely leading to the fatal encounters, the department will audit and revise how it trains officers in the use of deadly force, officials said Tuesday.

Although LAPD policies have gotten stricter in recent years, Chief Michel Moore said at a meeting with the civilian Police Commission that the agency is conducting a “deep dive” into its training program to assess whether it properly outlines existing department policies and makes clear to officers “the reverence for human life” that is required of them, the Los Angeles Times reported.

Of the 37 people shot last year, 22 had weapons such as knives or blunt objects. The Times article did not mention how many possessed firearms.

Moore said the rise in shootings in 2021 marked a sad slide backward from the 30-year low in LAPD shootings achieved in 2019, and is being taken seriously.

LAPD has been a focal point of criticism following the fatal shooting of Daniel Elena Lopez two days before Christmas, while an uninvolved girl hiding nearby also died by police gunfire.

Lopez, a 24-year-old man, was seen assaulting customers with a bike lock in a North Hollywood Burlington store. Officers rushed in, and one opened fire with a rifle — killing the suspect, but also fatally shooting Valentina Orellana Peralta, 14, who was hiding with her mother in an adjacent dressing room, the Times reported.

The shooting brought condemnation and scrutiny upon LAPD’s tactics in such scenarios. Yet things were more complicated that originally reported.

Although Lopez did not have a firearm, at least one 911 caller reported that he did, and that shots had been fired at the store. Responding officers were informed of this information, and of the fact that there were other customers sheltering in place prior to making entry. As a result, they appeared to implement their active shooter protocols.

During Tuesday’s meeting, LAPD officials walked commissioners through existing training protocols for active-shooter scenarios, according to the Times.

“What’s being lost in the conversation is the number of times police perform flawlessly, but when a tragedy like the girl’s death occurs, suddenly police are ‘grossly negligent’ while deploying tactics,” said a use of force expert from a California police agency. “While I don’t know their (LAPD) specific numbers, I’ll guarantee there were hundreds of times that deadly force was justified, and they didn’t use it. Quite frankly, 18 fatal police shootings in a city the size of Los Angeles and all the violence that is occurring there is not shocking.”

Meanwhile, an LAPD officer was shot and killed during an armed robbery Monday night. He was identified as 27-year-old Fernando Arroyos, Law Officer reported.

Arroyos was off-duty and house shopping with his girlfriend. He exchanged gunfire with the suspects, but was killed in the process.