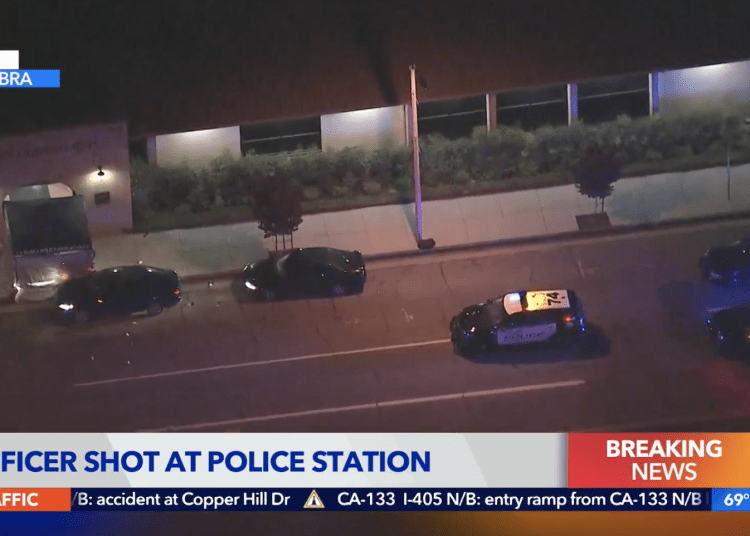 LA HABRA, Calif. — A police officer in La Habra, Calif. is in critical but stable condition at a local trauma center on Friday night after being shot outside the police station. The suspect is dead, authorities said.

Officers responded to a disturbance call at around 7:04 p.m. outside the La Habra Police Department, located at 150 N. Euclid St., police said in a tweet. An officer was shot and subsequently transported to nearby trauma center and is in critical but stable condition, authorities said. The suspect reportedly died at the scene, KTLA reported.

“The suspect involved is deceased and there are no other outstanding suspects,” police said in press release. “A firearm was recovered at the scene.”

Neither the deceased suspect nor the critically wounded LHPD officer were identified as the investigation into the deadly encountered is being conducted. Further details were not immediately available.

According to protocol, an investigation by the Orange County District Attorney’s Office was underway, the police statement said.

La Habra is a city of about 60,000 residents in Orange County, about 22 miles southeast of downtown Los Angeles, Fox reported.