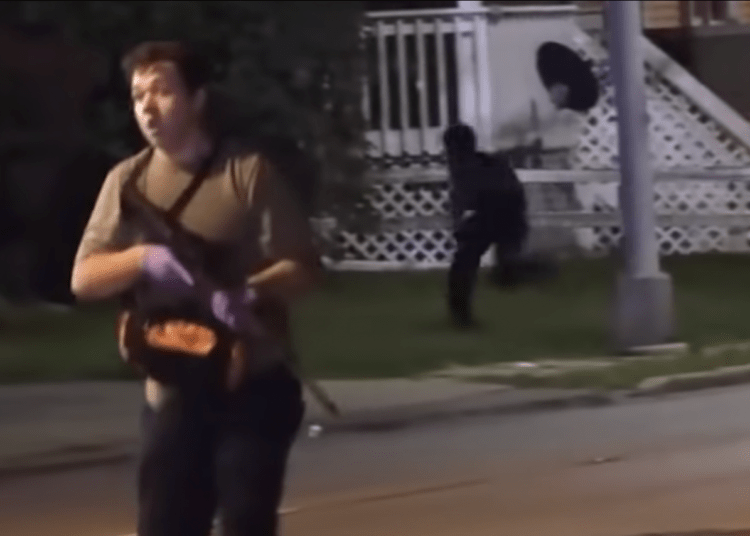 An attorney representing alleged Kenosha shooter Kyle Rittenhouse has announced plans to sue Democratic presidential nominee Joe Biden and his campaign for libel on his client’s behalf after Biden shared a video that appears to suggest the teenager is a White supremacist.

Lin Wood, Rittenhouse’s civil attorney, confirmed to Fox News on Wednesday his intention to sue the former vice president and his campaign on his client’s behalf, just hours after Biden posted the 50-second clip to Twitter.

There’s no other way to put it: the President of the United States refused to disavow white supremacists on the debate stage last night. pic.twitter.com/Q3VZTW1vUV

The tweet, which had garnered more than 48,000 retweets and 148,000 likes by 2:35 p.m. EST, boasts the caption: “There’s no other way to put it: the President of the United States refused to disavow white supremacists on the debate stage last night.”

It references President Trump’s response to a question during Tuesday night’s debate in Cleveland, Ohio, where Fox News host Chris Wallace, who moderated the event, asked the president if he was willing “to condemn White supremacists and militia groups, and to say that they need to stand down and not add to the violence in a number of these cities.”

As Wallace continued his question, he said the nation has seen violence in cities, such as Kenosha, Wis., and Portland, Ore. But roughly 12 seconds into the video, as the moderator can be heard mentioning Kenosha and Portland, the footage cuts to an image of Rittenhouse, who was accused of murdering two people and wounding a third after clashing with demonstrators during riots in the Wisconsin city last month.

Rittenhouse’s legal team has continuously argued that the teenager was defending himself when he fired his weapon on Aug. 25.

According to a previous statement from John Pierce, one of Rittenhouse’s criminal attorneys, the young man had tried to offer medical help to injured people before he was “accosted by multiple rioters,” leading him to open fire.

On behalf of Kyle Rittenhouse, I shall sue @JoeBiden & Biden/Harris Campaign for libel.

I am partisan in 20/20 supporting @realDonaldTrump.

I am non-partisan trial lawyer who aggressively pursues truth to achieve justice.

Put in your hearing aid, Joe. You will hear footsteps.

After Biden’s video was released on Wednesday, Wood announced his intention to file a lawsuit and demanded a retraction.

“He falsely accused a 17-year old boy & prejudiced Kyle’s legal rights,” he wrote in one of a series of tweets.

Formal demand for public retraction is being prepared for Biden/Harris Campaign on behalf of Kyle Rittenhouse.

I also hereby demand that @JoeBiden immediately retract his false accusation that Kyle is a white supremacist & militia member responsible for violence in Kenosha. pic.twitter.com/GrZyE8nI7Z

The Anti-Defamation League previously told CBS News it had examined Rittenhouse’s social media activity and found no sign that he was associated with any extremist movements.

Wood later added that he had added two attorneys to his legal team “in pursuing libel case for Kyle Rittenhouse against Joe Biden & his campaign.”

“No need to turn up hearing aide, Joe,” he wrote. “You can easily hear footsteps of army for justice coming to visit you.”