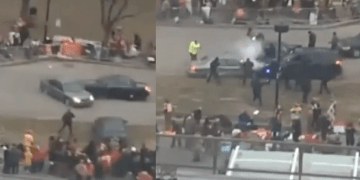 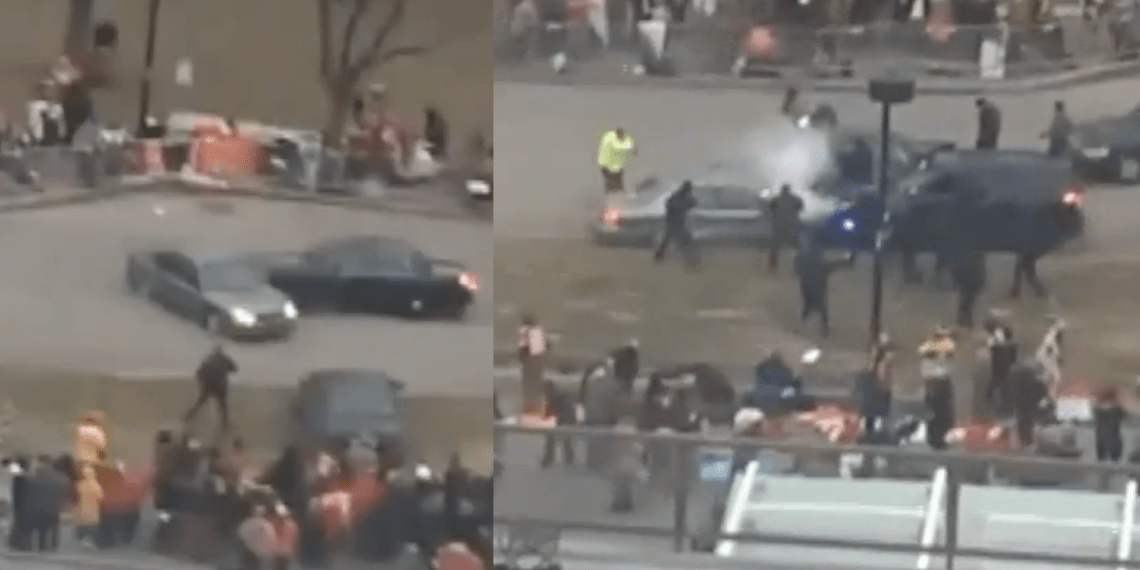 Kansas City Police Department used a PIT maneuver to stop a vehicle prior to the championship parade. (Twitter)

KANSAS CITY, Mo. – Two suspects were arrested in downtown Kansas City early Wednesday morning after police said they drove through some barricades of the Chiefs Kingdom Champions Parade route and were “headed for the crowd.”

Kansas City Police received reports around 8:15 a.m. local time that a car broke through the barrier on the north side of the route somewhere near its start on Sixth Street and Grand Boulevard.

Several videos posted on social media showed the car heading south on the route at a high rate of speed before it turned on Pershing Road, where police say it was “headed for the crowd.”

The car eventually was stopped by a PIT maneuver, followed by several police units blocking it in place.

Two suspects were taken into custody, but police said there were no weapons or “indications of terrorist activity” in the car.

According to KCPD, the suspects may have been impaired.

Hundreds of thousands of fans eventually flooded downtown Kansas City just before noon to celebrate the triumphant Chiefs bringing home a Super Bowl trophy for the first time in 50 years.