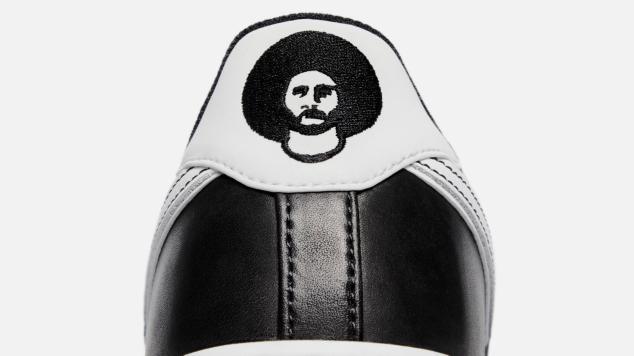 If you were looking for that last minute Christmas gift, you may have come to the right place.

We should be so proud

According to Sneakerbardetroit.com, “This special edition Nike Air Force 1 comes dressed in a Black and White color scheme. It features a Black leather upper, a gradient-faded Swoosh on the sides completed with several personal details. A hangtag with Kaep’s number 7 atop a White midsole and icy translucent outsole with the date Colin first took a knee in protest “8/14/16” on the right shoe finishes the design.”

That’s the SOLE of the right shoe, so when you bend your right knee in protest, the fateful date is visible. 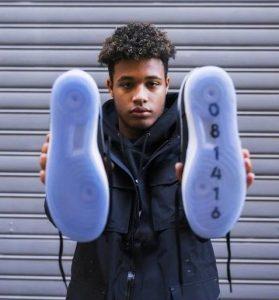 The “personal details” include little caricatures of Kaepernick’s head on the heels of the shoe. 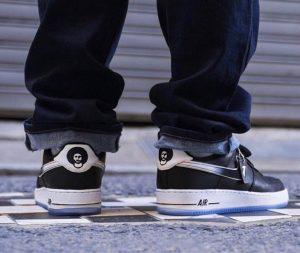 That happens to be the same spot where Nike originally put the Betsy Ross flag on shoes – which the company later pulled off the shelves after Colin complained it was RACIST. A pair of those shoes is going for $2,849 on eBay as of this writing. 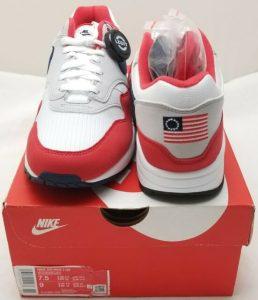 Priced at just $110 and considering it has been reported that Kappy gets a percentage of every sale combined with his multi-million dollar Nike contract, these shoes are a steal.

Kappy is playing those that admire and follow him as a fool. It was him that quit the San Francisco 49ers, or “opted out” in NFL Terms. It was him that reportedly turned down a job with the Denver Broncos and Seattle Seahawks and who can forget his girlfriend attributing the Baltimore Ravens owner as a slave owner while they were about to offer him a job.

If those decisions don’t prove that he literally thinks his followers are stupid, it was Kappy who refused to show up for an NFL tryout a few weeks ago where 28 teams were waiting to watch him.

Yes, while Kap wants everyone to believe that he is about social justice and that his protests are grounded in police brutality, anyone with a brain knows exactly what it has always been about.

It’s about Kappy and making millions on the stupidity of anyone that would spend one dime on anything associated with him.

After all, it’s hard to make millions sitting as a third string quarterback.

If you still want to support Kappy, may we suggest a “Just Stand” t-shirt.