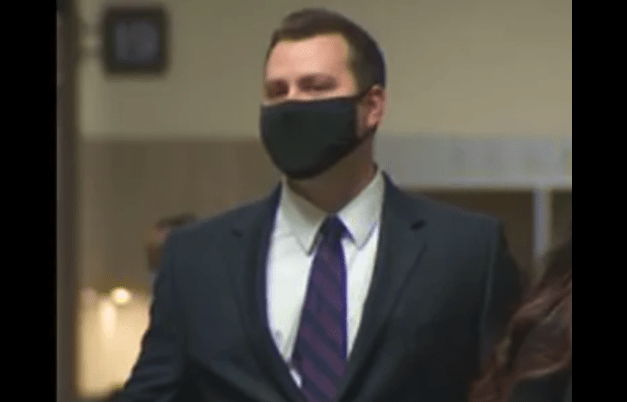 SAN FRANCISCO – After four days of deliberation, a California jury on Monday found Officer Terrance Stangel of the San Francisco Police Department not guilty of assault and battery, according to reports.

The jury found Stangel not guilty on all three counts of assault and battery, FOX 2 reported. A mistrial was declared on the fourth count of assault under the color of authority, with the jury deadlocked 9-3 in favor of acquittal.

District Attorney Chesa Boudin, who is a police nemesis, first announced charges against Stangel in December 2020.

The rogue prosecutor was accused earlier this year of withholding evidence in the case when Magen Hayashi, an investigator for the DA’s office, testified at a hearing that she felt she would be fired if she did not withhold exculpatory facts in the case against Stangle, Law Officer reported.

Stangel was accused of unnecessarily using force against a black man named Dacari Spiers with a baton in October 2019, breaking Spiers’ wrist and leg, while responding to a domestic violence call, according to FOX.

Hayashi told a San Francisco Superior Court judge in January that she never disclosed information from a female witness who claimed to see Spiers beating a woman before Stangle hit him with a baton and that she feared she would be fired if she did, according to NBC Bay Area.

“We are thankful that the jury was able to see through the dishonesty of the DA’s office in this case and see it for what it was – unjust and unsupported,” Stangel’s attorney, Nicole Pifari, said in a statement Monday evening following the verdict in a San Francisco Superior Court. “Everyone should be deeply concerned about this case, about this District Attorney, and about the rule of law in San Francisco.”

Since the jury remained deadlocked 9-3 in favor of acquittal on the fourth count, assault under color of authority, Judge Teresa Caffese declared a mistrial on that charge, according to the San Francisco Chronicle.

It is unclear if Boudin will refile the sole count against Stangle.