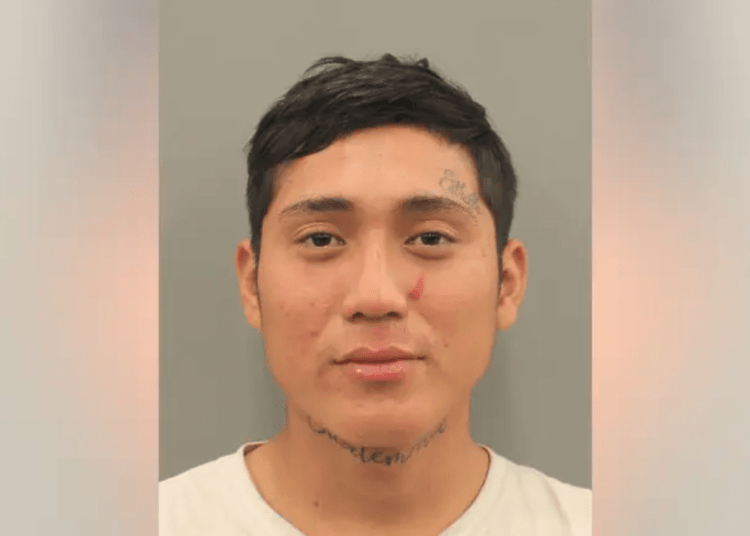 HOUSTON – An 18-year-old male is charged with murder after fatally shooting his crime partner during a robbery that also left another man wounded, according to the Houston Police Department.

Julio Arnoldo Osorio Saca, 18, faces a charge of aggravated robbery in addition to the count of murder for the crime that occurred Tuesday in the 6000 block of Skyline Drive, FOX 26 Houston reported.

Osorio Saca and a 26-year-old cohort had been targeting victims for robbery, police said. As Osorio Saca exited the front passenger seat during one of their crimes, his weapon discharged, striking his crime partner.

Despite wounding his co-conspirator, Osorio Saca continued with the robbery. In so doing, he shot the robbery victim in the leg and then fled in the vehicle with the injured suspect driving, according to law enforcement authorities.

As they fled, the critically injured suspect began to lose consciousness. Osorio Saca reportedly moved him from the driver’s seat into the passenger seat and then drove him to an apartment in the 6300 block of Windswept Lane, HPD said.

The critically wounded suspect died a short time later, according to FOX 26 Houston.

Officers subsequently detained and questioned Osorio Saca. Police say he admitted to his role in the crimes and was arrested.

The wounded robbery victim will recover from his injuries, police said. They did not immediately identify the deceased co-conspirator.