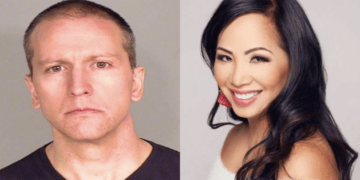 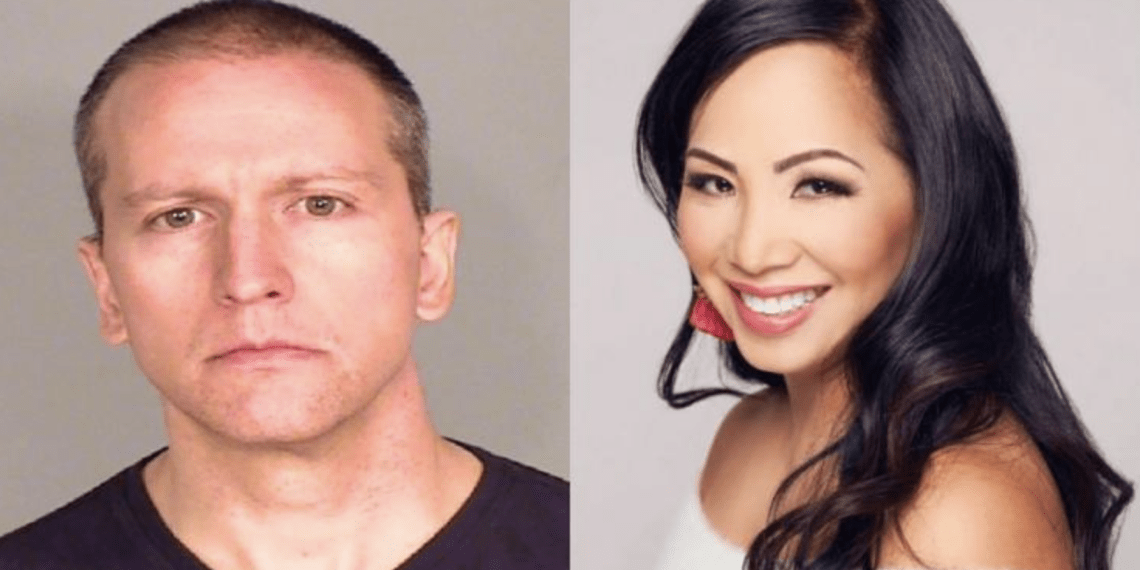 MINNEAPOLIS — A divorce settlement that would have given most of former Minneapolis police officer Derek Chauvin’s assets to his wife was rejected by a judge who cited the possibility of fraud.

Kellie Chauvin filed for divorce on May 31, days after her husband was charged with murder and manslaughter in the custodial death of George Floyd. As a result, some legal experts have speculated about whether it was a divorce of convenience to protect their assets against lawsuits in civil court, Star Tribune reported.

Washington County District Judge Juanita Freeman wrote in her October ruling that judges can deny an uncontested agreement reached between a couple, such as with the Chauvins, if “the transfer features ‘badges of fraud.’ ”

“The Court has a duty to ensure that marriage dissolution agreements are fair and equitable,” Freeman wrote. “One badge of fraud is a party’s transfer of ‘substantially all’ of his or her assets.”

Freeman did not accuse them of fraud or discuss motives.

Calling the judge’s ruling “rare,” local divorce attorneys said it adds to suspicions that Derek and Kellie Chauvin are trying to protect their assets, the Tribune reported.

“This is just speculation, but it’s possible that the [agreement] was intentionally drafted to get assets out of Chauvin’s name in anticipation of a civil judgment against him from the estate of George Floyd,” said divorce attorney Marc Beyer. “That may be what the court is getting at when it references ‘badges of fraud.’ ”

Attorneys for Floyd’s family filed a federal lawsuit in July against the city of Minneapolis, Chauvin and three of his former colleagues who assisted in Floyd’s May 25 arrest: J. Alexander Kueng, Thomas Lane and Tou Thao.

The suit did not specify compensation, but family attorney Benjamin Crump said they would seek “a precedent that makes it financially prohibitive for police to wrongfully kill marginalized people.”

All four officers were fired and charged in the case. Their trial is scheduled for March 8.

The terms of Derek and Kellie Chauvin’s agreement are not known because they were heavily redacted in a document filed Sept. 30.

Funds from two of Derek Chauvin’s accounts that were earned before the couple’s 2010 marriage would have been exempt. Chauvin was a Minneapolis officer from 2001 until his firing this year.

It’s unknown if the monetary amounts were listed in the agreement due to the heavy redaction. Chauvin has not begun drawing his pension, so that amount is not yet public information.

Divorces of convenience aren’t unheard of, attorneys said. They’re sometimes filed to protect assets when someone enters assisted living or is dealing with health problems that could result in exorbitant bills, the Tribune reported.

Judges are compelled by law to ensure that divorces are equitable, but state law also encourages settlement agreements without additional court involvement.

“It’s unusual that a judge would reject a stipulated agreement,” said divorce attorney Victoria Brenner. “They receive them happily, knowing that they’ve avoided any more administration of this case and a trial, which is really time-consuming.”

It could be argued that Kellie Chauvin, an unemployed real estate agent, needs more of the assets as her husband faces potential prison time, said Brenner, who represented a woman in a similar situation. However, Brenner said, “Practically speaking, [Derek Chauvin] will need assets.”

Theoretically, Freeman could also divide the assets as she deems fit and is empowered to do through state law.

“It is not often that parties’ personal divorce agreements implicate policy interests of the state … clearly Judge Freeman thinks they do here,” said divorce attorney Jack De Walt. “In that sense, Judge Freeman should be commended.”

The case has been set for a pretrial hearing on March 26 and for trial on April 26.

Law Officer is the only major law enforcement publication and website owned and operated by law enforcement. This unique facet makes Law Officer much more than just a publishing company but is a true advocate for the profession.
Tags: Derek Chauvindivorce agreementdivorce settlementKellie Chauvin