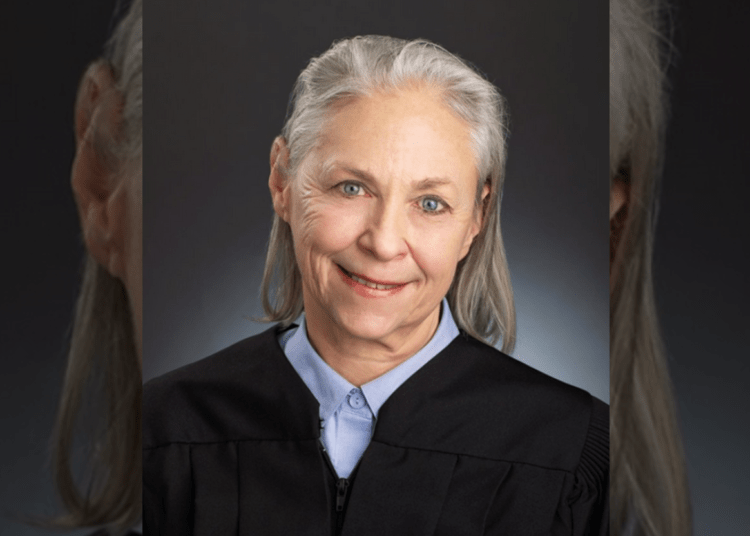 ALBUQUERQUE, N.M. — The Bernalillo County Sheriff’s Office has confirmed that the deaths of a judge and her husband from a shooting that occurred Friday afternoon in the North Valley is believed to be a murder-suicide. Deputies found the deceased couple along with “several dead animals” inside their home in Los Ranchos de Albuquerque, KOAT News reported.

A BCSO spokesperson said a friend received an alarming message from 63-year-old Eric Pinkerton on Friday. The friend alerted BCSO deputies, and a welfare check was conducted at 820 Ranchitos Rd. NW and deputies made the brutal discovery.

“This is believed to be a Murder-suicide,” the sheriff’s office tweeted Saturday. “A friend of the decedents contacted deputies after receiving a troubling message from Eric Pinkerton.”

“Eric Pinkerton is believed to have shot his wife and several animals in the house before shooting himself,” the sheriff’s office said. “The decedents have been confirmed as: Diane Albert- 65 and Eric Pinkerton- 63.”

Eric Pinkerton is believed to have shot his wife and several animals in the house before shooting himself.

The decedents have been confirmed as: Diane Albert- 65 and Eric Pinkerton- 63 @koat7news @KOB4 @krqe @ABQRAW @ABQJournal

The news outlet reviewed BCSO audio tapes from the incident, and someone from dispatch said, “He left a voicemail to his friend stating that he murdered his wife and his dogs and his cat. And he is about to murder himself.”

The judge was also a practicing patent attorney, according to the Albuquerque Journal.

A neighbor of the couple, Joe Craig, told the Journal he was shocked by Albert’s death. “Just a nice, nice lady. I’ve never seen her with a mean bone in her body.”

“We are heartsick hearing of the untimely death of Diane Albert, our elected municipal judge. She was a longtime Los Ranchos resident, a brilliant legal mind, and a friend.”

According to BCSO, there had been no domestic violence reports or calls from Albert’s home since at least 2019, Fox News reported. Older data was not available.