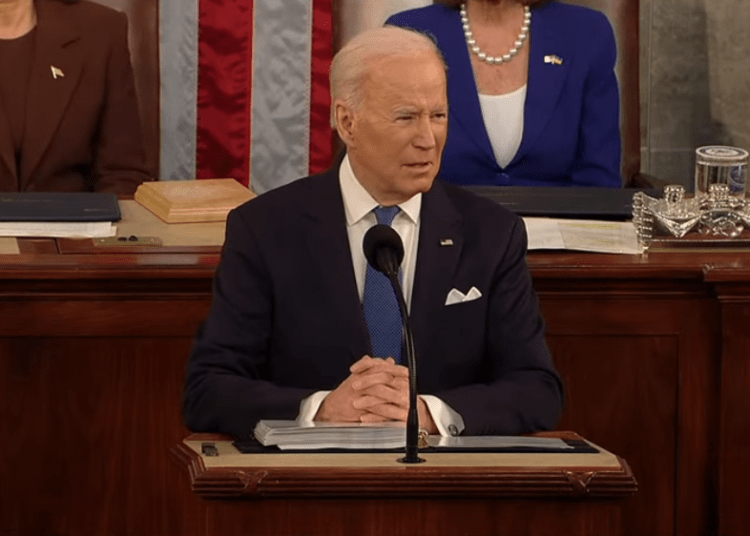 President Joe Biden has heard the voice of angry Americans due to the rise in crime across the nation. He’s also acknowledged his own sluggish poll numbers, which is why he placated law enforcement during his State of the Union address Tuesday night.

“We should all agree the answer is not to defund the police. The answer is to fund the police,” Biden said as members of his own party snarled. “Fund them with resources and training they need to protect our communities.”

That is a true statement. We should agree, but it’s the Biden administration and the Democrat Party that is undermining public safety at every turn. So in reality, his own party does not agree and it’s demonstrated with impunity.

The word-flubbing-president who referred to the Ukrainians as Iranians rightly decided it was wise to throw in some appeasement for the pro-law and order citizens in the country. But to what end?

The president appears to have many puppet masters pulling his strings. Here are video clips of a few as compiled Travis.

Here are 7 minutes of Democrats saying we need to defund the police. It’s amazing they try to say they never argued for this. pic.twitter.com/1t24aghO4T

So despite Biden’s words of appeasement, neither he nor his political allies are fighting for the men in women in blue. Words are hollow without action and the Democrat Party provides far more support for individuals in handcuffs than those trying to keep communities safe by applying the cuffs.

Share and speak up for justice, law & order...
Tags: Clay TravisDemocrat PartyJoe Bidenmust-readState of the Union