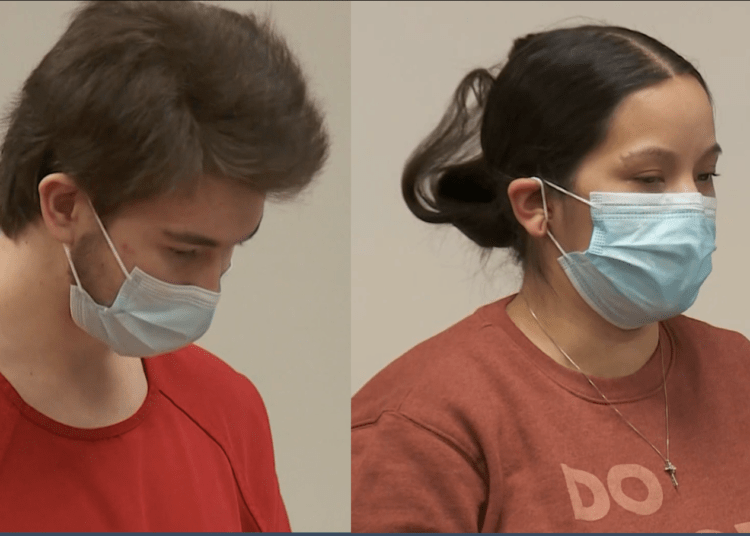 One of the offenders was also sentenced in the violent assault of a police officer while using an aluminum baseball bat as a weapon during race riots in 2020, the Post Millennial reported.

Jacob Greenburg, 19, was given a five-year prison sentence for first-degree assault, first-degree attempted arson and first-degree reckless burning. He is also the stepson of former Democratic State Rep. Laura Ruderman, according to the news outlet.

Antifa in Seattle attempted to murder a police officer by hitting his head with a metal baseball bat as the Black Lives Matter mob surrounded him. This video was deleted. pic.twitter.com/DoBl5IiDIa

UPDATE: The Antifa Terrorist under arrest in this video is 19-yr-old Jacob Greenburg, the son of a former Democrat State Representative.

According to Court Documents, Greenburg is a strong suspect for the attempted murder of a @SeattlePD officer with a metal bat. https://t.co/8KJY52tx3C

Greenberg is now out on bail. pic.twitter.com/3tFGey6wBq

Danielle McMillan, 29, was sentenced to 12 months of community service for first-degree attempted arson. It was unclear how many hours that will require.

During the riots, Greenburg and McMillan helped light Molotov cocktails that were then thrown into the Seattle Police Department’s East Precinct.

Greenburg was also charged with striking Officer Jose Jimenez of the Seattle Police Department in the head with an aluminum baseball bat during the riots.

The felony battering was captured on video. Investigators said Jimenez was saved by his bike helmet.

Seattle police released these photos of a cracked helmet belonging to the police officer who was viciously attacked with a baseball bat tonight by Black Lives Matter and Antifa militants during a riot. pic.twitter.com/x9920OQkFL

“I can’t even explain it, how horrible it felt, being at the East Precinct behind that line and experiencing all that hate. … I don’t know how I’m still here,” Jimenez told the court Friday, KING 5 News reported.

In addition to attempted arson and reckless burning, Jacob Greenburg was charged with assault for hitting Seattle Police Officer Jose Jimenez in the head with a baseball bat. Jimenez told the court, “I don’t know how I’m still here.” pic.twitter.com/3W8ZX1kg7G

Court documents revealed that Greenburg and McMillan celebrated the attack on Jimenez via text messages.

“Wish he didn’t have a helmet on lol,” Greenburg texted to McMillan.

“Well still a great shot though,” came McMillan’s reply, according to the Post Millennial.

Meanwhile, Amazon is relocating employees from a downtown Seattle office to a safer location due to ongoing violent crimes in the city, Law Officer reported.

The area in downtown Seattle has seen increased open air drug use, exchanges of stolen property, shootings, carjackings, quality of life crimes as well as violent crimes over the past few years as political leaders continue to yield to radical activists.