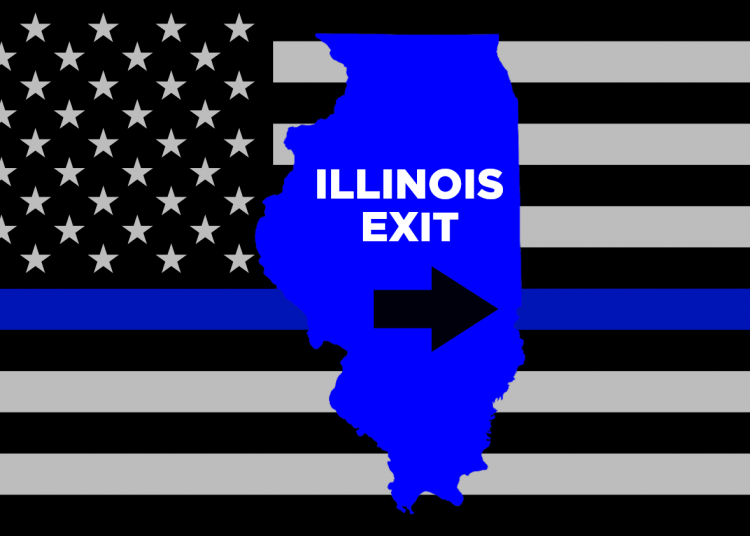 On January 1, 2023, Illinois will take its place in history when they become the first state to test out “The Purge” in real life. The difference is this is real and will last forever rather than one day. Politicians love using fancy words to make people feel good and there is no doubt that much of the population in Illinois is unaware of what is about to occur because the legislation is being called the “SAFE-T Act” by the frauds in the media but the real name is the “Safety, Accountability, Fairness and Equity-Today Act.”

I will let you decide if you think there is anything safe, accountable or equitable in this legislation.

You read that right.

Effective January 1, 2023, Illinois will become a safe haven for violent criminals and who could blame them?

When Governor Pritzker signed the bill, he said that it “marks a substantial step toward dismantling the systemic racism that plagues our communities, our state, and our nation and brings us closer to true safety, true fairness, and true justice.”

But he is lying to his citizens.

For each crime listed, there is a victim. Law enforcement doesn’t ‘invent’ murder, kidnaping or burglary. A victim calls the police, the police respond and they do what they are tasked with doing….catching criminals.

That isn’t “systemic racism,” “safety,” “fairness,” or “justice” as the Governor stated.

Lawlessness always comes with pain and grief from those that are the targets of violent criminals but the decision to implement legislation that will place the most vulnerable at more risk should anger everyone.

Politicians love to deflect their sins on you and this is exactly what is happening with those in Illinois tasked with keeping their citizens safe.

Just four states have more African American murder victims than Illinois and it appears that by signing this law, Governor Pritzker would like his state to be number one and when it happens, you will either hear the weave of lies from the politicians and their complicit media allies or you will hear nothing at all.

Meanwhile, the very citizens that trust their representatives to protect them will be impacted at a level that not even a bad Hollywood movie could portray.

Travis Yates is the author of “The Courageous Police Leader” and a former ILEETA Police Trainer of the Year.