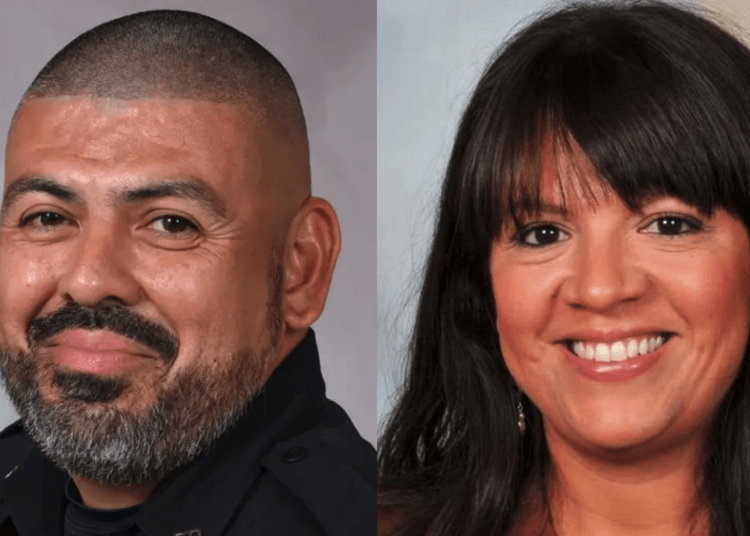 AUSTIN, Texas – Texas Department of Public Safety Director Steve McCraw on Tuesday told state lawmakers the police response to the massacre at Robb Elementary School in Uvalde, Texas on May 24 was an “abject failure” and the law enforcement response “set our profession back a decade,” Law Officer reported.

McCraw also revealed the police officer husband of one of two slain teachers was detained and disarmed when he tried to enter the school to save his wife.

The DPS director said Uvalde CISD Police Officer Ruben Ruiz — husband of murdered elementary school teacher Eva Mireles — tried to save her but officers in the school prevented him from doing so, KWTX reported.

McCraw said the teacher called her husband shortly after the 18-year-old gunman attacked her classroom and told him “she had been shot and was dying.”

“He (Ruiz) tried to move forward into the hallway,” McCraw told lawmakers. “He was detained and they took his gun away from him and escorted him off the scene.”

McCraw did not disclose which agency removed Ruiz from the location.

During Tuesday’s testimony, McCraw told the state Senate that police at the scene had enough officers and firepower to have stopped the gunman three minutes after he entered the building, and they would have found the door to the classroom where he was holed up was unlocked if they had bothered to check it.

The DPS director was also critical of Uvalde CISD Police Chief Pete Arredondo’s response to the May 24 mass shooting that claimed the lives of 19 students in addition to two teachers.

Responding officers waited for more than an hour before they stormed the classroom and killed the homicidal gunman.

As it turned out, the classroom door could not be locked from the inside. Sadly, there is no indication that anyone checked to see if it would open. Instead, they waited for a key, McGraw said.

“I have great reasons to believe it was never secured,” McCraw said of the door. ”How about trying the door and seeing if it’s locked?”

“Obviously, not enough training was done in this situation, plain and simple. Because terrible decisions were made by the on-site commander,” McCraw said of Arredondo.

McCraw said it is unacceptable that it took 74 minutes for the officers to enter Rooms 111 and 112 and engage the shooter.

Regarding the amount of time it took before law enforcement personnel entered the classroom, McCraw said, “In an active shooter environment, that’s intolerable.”

“This set our profession back a decade. That’s what it did,” he said as it relates to the police response in Uvalde, ABC 7 reported.

His woeful admission demonstrates how unprepared he was to be in this position.